Xinja reaches the end of the line 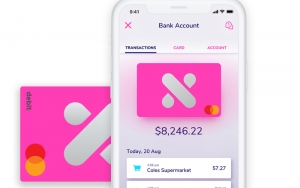 In the twilight of 2020, warnings about shaky neobank business models often fall on deaf ears. For most neobanks and their investors, the prevailing business model remains growth first, ask questions later. Perhaps the abrupt collapse of Xinja, an erstwhile high-flying Australian neobank, will give others in the sector pause about their approach. Like most of its peers, Xinja telegraphed extreme confidence about its prospects. Right up until the end, Xinja was cool as a cucumber, assuring the public that a huge investment from Dubai-based investors was on the way. As it turns out, the cash is missing in action. And it is quite a sum.

In March 2020, Xinja said that it had secured A$433 million from Dubai-based World Investments. In a press release, Xinja said it would receive the investment over a 24-month period. The first installment would be A$160 million. The Sydney-based neobank later amended the press release to include a note about the pandemic delaying approval and processing of the investment.

According to Australian Financial Review, World Investments signed both an MOU and a fund agreement in March. Michael Gale, who reportedly helped broker the deal, told AFR that the fund agreement was renewed in September and World Investments planned to "complete the investment in early 2021." However, "at this stage, there has been no capital injection," Gale added.

It is unclear why World Investments did not invest sooner if it was committed to the deal. Xinja was clearly in dire straits by November, when a PwC audit revealed that Xinja was "highly dependent on raising additional capital" to ensure that its capital base stayed above prudential requirements. Xinja was down to just A$25 million in assets at that point.

In November, Xinja founder and CEO Eric Wilson said that Australia's closed borders had made attracting foreign investment difficult. He said covid had "affected World Investments as an organization" and hampered its ability to carry out due diligence for its planned investment in Xinja.

It is possible that Canberra's ultra-strict approach to containing the virus - which has been effective - put Xinja at a disadvantage compared to its counterparts in Europe, where borders were only shut temporarily in the spring.

However, some Australian digibanks are weathering the pandemic well. Judo reached unicorn status in May and says it was profitable as of August. Judo may even list on the ASX in the second half of 2021 if market conditions are favorable.

Central to Judo's success has been its ability to grow its lending books by A$1 billion during the pandemic. Call it a contrarian approach. Some of the loans will surely go bad as covid forces businesses to close. But Judo has seen strong demand from SMEs struggling to obtain credit from traditional lenders.

In contrast, Xinja had not yet rolled out lending services. Instead, it tried to quickly grow its deposit base, offering high interest rates to attract customers. The firm did accrue A$500 million in deposits. However, it had to cut the rates from 2.25% to 1.8%, then 1.65%, and finally 1.5% as its capital was depleted.

Now Xinja has to return depositors their money and forfeit its banking license. Indubitably, some observers will blame the covid-induced downturn for Xinja's downfall. Prior to the pandemic, Australia had eschewed recession for 28 years. Consider this point though: If Xinja's business model was more robust, the neobank would have persevered, like Judo.

Ultimately, Xinja's demise shows that burning cash in pursuit of elusive scale can backfire. Powerful retail banking incumbents will not be easily unseated, whether in Australia or elsewhere. Other neobanks swinging for the fences should take heed. The money could run out for them one day too.

More in this category: « Asia has room for multiple financial centers Taiwan wants to regulate finance more than grow the industry »
back to top