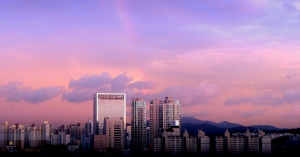 At present, Kiwoom may have an edge over Toss, analysts say. The FSC rejected Kiwoom Bank's application because it lacked "feasibility and innovation." The regulator likely found the idea of a traditional securities firm expanding into traditional banking - but with digital capabilities - uncompelling.

Kiwoom needs to offer something that distinguishes it from both traditional banks and internet upstarts. But Kiwoom is not constrained by funding - Kiwoom Securities itself is profitable - or particular regulatory problems.

Toss, on the other hand, lost 44.5 billion won in fiscal 2018. With that kind of balance sheet, it is not surprising that the FSC expressed concern about Toss's funding situation. In its application, Toss said that it would start with 250 billion won ($212 million) in capital and raise that up to 1.2 trillion won in three years.

“Toss Bank offered a plan to raise capital focused on a limited pool of financial investors in its last request, despite its state of unstable capital structure,” an FSC official told The Korea Herald. “If the consortium fails to fix this, we cannot issue the license even if they come up with a great plan."

It's not just the FSC who is concerned about Toss's plan. In March, the Shinhan Financial Group - whose bank has been Korea's most profitable for the past nine years - pulled out of Viva Republica's consortium after a disagreement about Toss's business model. Shinhan sought to create a general retail bank, while Visa envisioned Toss as a bank for low-income earners, The Korea Times reported. After Shinhan pulled out. Hyundai Marine & Fire Insurance, Cafe24 and Korea Credit Data also left the consortium.

Both Toss Bank and Kiwoom Bank could re-apply for virtual-banking licenses in the third quarter of the year, but Viva Republica's consortium would likely need to find another heavyweight incumbent like Shinhan to persuade the FSC that Toss's financials were solid.

If their applications were approved, Toss and Kiwoom would join a nascent internet banking segment. Kakao bank and K bank are currently Korea's only neo banks. Thus far, they have focused on providing lending services to professional workers with good credit, a very different market segment than Toss's original target.

More in this category: « Can Australian banks fend off the challenge from digital natives? Indonesia's P2P lending sector heats up »
back to top
© 2007 - 2021 Kapronasia