With embrace of crypto, Japan reinvents itself again 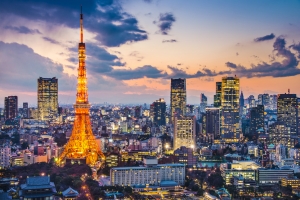 In a few short years, Japan has become one of the most crypto-friendly countries in the world, pushing ahead with plans to integrate distributed ledger technology into its financial system despite rising skepticism about virtual currency's future. Even massive hacks of its crypto exchanges haven't affected Japan's determination to become a crypto nation. The Japanese government has handled the skullduggery in stride, strengthening systemic security measures rather than resorting to draconian crackdowns.

Japan has been a virtual currency hub since Bitcoin's birth a decade ago. Japanese people were some of the earliest users of Bitcoin, even though it had almost no real world value at the beginning. The first paramount crypto exchange, Mt. Gox, was a Japanese company.

Rather than standing in the way, Japanese regulators have been supportive of cryptocurrency, making them an outlier in Northeast Asia. Remarkably, Japan has recognized virtual currency as a form of payment since 2016. Most countries in the world still do not.

Compared to its neighbors, Japanese regulators are more familiar with their country's tech companies, in some cases having previously worked at them. As a result, Japanese regulators are less suspicious of crypto than bureaucrats who are far removed from the tech space. "They understand the role technology plays in Japan’s economy and have a strong incentive to support new innovations," notes German blockchain developer Draglet on its website.

At the same time, under Prime Minister Shinzo Abe, Japan has worked assiduously to reinvigorate the long-stagnant economy, which slumped for 20 years after its asset bubble burst in 1992. Crypto just might be one of the sparks that ignites a transformative boom, placing Japan at the forefront of a next-generation industry.

If that sounds like a stretch for an aging country that prefers cash (it accounts for about 70% of transactions), consider that Japan emerged from total defeat after World War 2 to become the world's second largest economy by 1969, a position it held until 2010 when China overtook it, and the first Asian country to join the club of developed nations. Japan specializes in reinventing itself.

In late March, Japan's Financial Services Agency (FSA) awarded a cryptocurrency exchange operating permit to Rakuten, Japan's top e-commerce platform and one of the largest in the world. The permit follows Rakuten's acquisition last year of the Everybody's Bitcoin exchange, which it has renamed Rakuten Wallet. Rakuten plans to begin trading soon, likely in April.

Meanwhile, Yahoo Japan is expected to launch a crypto exchange in May, which follows its acquisition last year of a 40% stake in the FSA-licensed Bit Arg exchange, now known as Taotao. Yahoo's exchange is already accepting accounts. Taotao will first trade Bitcoin and Ethereum, while offering margin positions in Litecoin, Bitcoin Cash and Ripple.

More in this category: « Alipay and WeChat struggle to gain foothold in Indonesia Thailand moves towards regulating ICOs »
back to top