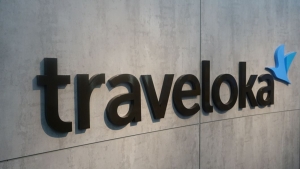 The immediate catalyst for Traveloka’s fintech gambit is the threat posed by the pandemic. With vaccine rollout slow in Southeast Asia (outside of Singapore) and the coronavirus continuing to wreak havoc (Indonesia is currently struggling to contain a ferocious surge), the company’s core travel business may struggle for some time.

A year ago, Traveloka managed to raise US$250 million, which it said would be sufficient to help it recover from a pandemic-induced bruising. At the time, investors did not likely expect that in a year’s time the situation would be worse in both Traveloka’s home market and the overall region. Indeed, at the time, a several of Indonesia’s neighbors that Traveloka counts as key markets had the virus under control, like Vietnam and Thailand. That is no longer the case.

It will be up to fintech to reverse Traveloka’s fortunes. Traveloka already offers a suite of digital financial services in Indonesia, with its buy now, pay later services being especially popular. It launched BNPL to allow customers with limited travel budgets to book trips farther in advance. Previously, many of them had waited until their paydays to book travel. A similar strategy could likely be used in Thailand and Vietnam.

In late March, Traveloka said that it would set up a joint venture with SCB 10X, the venture capital subsidiary of Thailand's Siam Commercial Bank. The JV will offer "financial products and services tailored to meet the needs and lifestyles of modern travelers and lifestyle consumers in Thailand,” Traveloka and SCB 10X said in a statement. They have not disclosed how much money they are putting into the venture nor the new entity's shareholding structure.

"With only 30% of Thai customers owning credit cards, we see similar needs to what we see in Indonesia,” Caesar Indra, the company's president, said in the statement.

Traveloka also sees a need to tell investors a better story  – such as that it is blazing new trails in Thailand and Vietnam – as it prepares to go public in the U.S. A better story might convince investors that Traveloka is more valuable than they originally believed. Further, if the Jakarta-based company wants to go head-to-head in the digibanking space with more established rivals like NYSE-listed Sea and soon to be listed Grab and GoTo, it needs to be able to raise cash cheaply in public markets.

More in this category: « Why has Kakao been successful as a fintech? Sea is banking on digital finance to drive its future growth »
back to top