Will the Hong Kong fintech sector continue to grow in 2020? 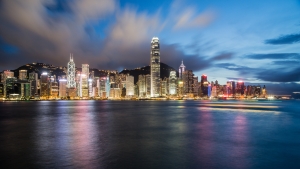 Research by Hong Kong University shows that the city's fintech sector grew steadily from April 2018-March 2019. According to HKU's data, the Hong Kong FinTech Growth Index for 2019-20 increased by 52.9% during that period. Looking primarily at fintech customer adoption rate, the picture is relatively rosy - that figure grew by 113% compared with the 2018-19 fiscal year.

Examining the business environment though, the picture no longer looks so rosy. That metric only grew by 5% during the same period. Despite positive developments in terms of funding and capital allocation, concerns about the investment environment, government policy and regulations weighed on the fintech business environment, HKU found.

Indeed, the intensity of the political protests roiling Hong Kong are starting to take a toll on the city's wider business environment, not just the frontlines of hospitality and retail. The implications for Hong Kong's fintech aspirations are grim. Rule of law and accompanying political stability have long been among the city's greatest strengths. The banking industry has been able to count on Hong Kong as a safe haven for as long as international finance has been conducted in the Far East.

With Hong Kong's future looking so uncertain, fintechs will think twice about basing themselves in the city. Investors concerned about uncertainty will look to other more stable fintech hubs. Undoubtedly, Singapore will benefit, even though the city-state has emphasized its wish for the situation in Hong Kong to stabilize.

Cancellations of large business conferences in Hong Kong are an ominous sign. On November 19, organizers of the RISE conference, one of the largest gatherings of tech startups in Hong Kong (including many fintechs), announced that they would cancel the March 2020 conference in the former British colony.

It is a pity that Hong Kong will not host the RISE conference next March. With its A-list of participants from the tech industry, the event has been integral to building up the city's nascent startup scene. This year, RISE attracted 16,000 delegates and featured presentations by Tinder CEO Elie Seidman and Simon Loong, founder of Hong Kong's own WeLab, one of the city's most successful fintechs.

Without an expeditious resolution to Hong Kong's current travails, we fear that confidence in the city's business environment will not improve. It would be not be surprising if Hong Kong's virtual bank launches remain delayed longer than anticipated. The eight neobanks had originally sought to launch by year-end, but amidst the protests, pushed the launch date up to early 2020.

More in this category: « There's an upside to less fintech funding in Asia OCBC steps up digital banking initiatives »
back to top