Will Myanmar be placed on the FATF blacklist? 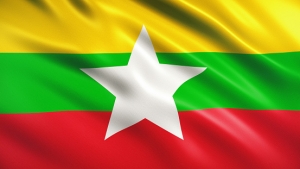 When we talk about countries that have inadequate anti-money laundering (AML) and counterterrorism financing (CFT) controls, we usually mention how those deficiencies can cause a country to be pleased on the Financial Action Task Force’s (FATF) gray list. Asian countries with the gray list designation who are working to be removed from it include the Philippines, Cambodia and Myanmar. But there is a more serious designation for countries seen as dangerous conduits for illicit financial activity: the blacklist. Unfortunately for Myanmar, it may soon end up on the blacklist.

If Myanmar is moved from the gray list to the FATF blacklist, it will be in the company of North Korea and Iran, two nations known for their tenacious illicit financial activity. Both North Korea and Iran have been called “rogue states,” and their involvement with covert nuclear weapons programs is a grave matter of international concern.

Before early 2021, Myanmar was seen to be making progress on many fronts, including in the development of a thriving digital financial services ecosystem that was helping to boost financial inclusion. These steps are important given Myanmar’s poverty. Its per-capita GDP is below US$1,500, the lowest among ASEAN members. Further, while estimates vary, at a minimum about 70% of Myanmar’s 54.4 million people are unbanked.

Unfortunately, the February 2021 military coup that saw yet another junta come to power in Myanmar has had a debilitating effect on the country. In July, Fitch Solutions Group projected that Myanmar’s economy would contract by 5.5% in the financial year to September, after shrinking by nearly 18% a year earlier. Fitch reckons that Myanmar’s economic output lost during the pandemic may not be recouped before FY2028.

Meanwhile, once keen on the country’s investment opportunities, foreign investors have fled. In 2021, foreign direct investment inflows in 2021 reached the lowest level since the country opened up in 2011.

It is no surprise amid the economic and political turmoil in Myanmar that the kyat has cratered. Myanmar’s currency has lost about 60% of its value against the dollar this year. The plunging kyat has led to runaway inflation, further eroding business confidence in the generals.

According to sources cited by Nikkei Asia, FATF is likely to approve Mynamar’s blacklisting in Paris in October. "The chance of blacklisting is high. There is a real possibility. It's very serious,” a European diplomat involved in Myanmar told the Japanese publication. A progress report was submitted to the FATF in July by the regime and there was an inspection in August by the watchdog, he noted.

The designation would likely harm ordinary people and businesses as well as those in the regime at the highest risk of being involved in financial crime. Financial exclusion would probably worsen as it would become harder to simply open and maintain a bank account in Myanmar, or send money to and from the country. Most banks and other financial services providers would worry about the risk entailed in servicing accounts linked to a blacklisted country and probably would not want to bother with the additional paperwork for the "enhanced due diligence" required for a nation on the FATF blacklist.

More in this category: « Baby steps for Taiwan’s digital banks Fintechs in Australia must reassess correspondent banking relationships in the face of de-risking concerns »
back to top