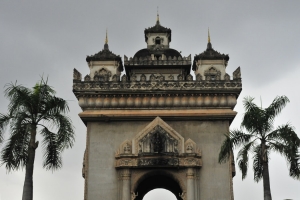 Two years ago, Laos was removed from the Financial Action Task Force's (FATF) money-laundering grey list after the landlocked Southeast Asia country showed some improvement in its AML policies. Since then, however, progress has been limited. Laos's casinos, property market and money exchange shops remain at high risk for money laundering. No money laundering case has made it to court. The onus is on Laos to better control financial impropriety ahead of a 2020 evaluation of its AML policies. Failure to do so could result in a return to the grey list.

To that end, the Laotian government has recently accelerated a nationwide ALM campaign in cooperation with the Institute for Legal Support and Technical Assistance (ILSTA), a Laotian NGO that works to improve governance in developing countries. The campaign will focus on developing effective legislation and enforcement to combat money laundering. In a broad sense, the campaign aims to raise awareness among the Laotian public about the threats money laundering poses to the country's well-being.

Better enforcement of customs declaration requirements will be essential to controlling money laundering in Laos. Observers say that enforcement has been spotty of a 2015 law requiring visitors entering or exiting Laos to declare to customs cash, precious metals, or bearer negotiable instruments with a value of 100 million kip ($11,500) or more.

Intensified scrutiny of Lao's casino sector is also necessary. In January 2018, the U.S. Department of the Treasury flagged the country's Kings Romans Casino - located in a special economic zone owned by a Hong Kong-based firm near Lao's border with Thailand - for involvement in money laundering as well as human, endangered species and narcotics trafficking. Observers say the SEZ has now become a place to wash dirty money from China as well as local criminal networks, with fears the 99-year lease will only cement that status.

Kings Romans Casino caters mainly to Chinese tourists, who account for about 11% of visitors to Laos annually. China is Laos's top trading partner and investor.

Chinese national Zhao Wei is the co-owner and director of Kings Romans International. Washington has frozen all of his assets under U.S. jurisdiction and prohibited Americans from engaging in transactions with his network.

"We are targeting key figures in this transnational criminal organization, which stretches from the Kings Romans Casino in Laos throughout Southeast Asia," Sigal Mandelker, Treasury Under Secretary for Terrorism and Financial Intelligence," said in a statement. "OFAC is designating the Zhao Wei network as part of a broader strategy to disrupt the financial infrastructure of transnational criminal organizations that pose a threat to the United States and our allies."

Analysts say that the sanctions on Zhao's network are unlikely to put the casino out of business, but should provide the Laotian government with impetus to strengthen regulation of its gaming sector.

Tags:
More in this category: « Investors remain upbeat on South Korean fintech unicorn Viva Republica How can fintechs capture opportunities in the Southeast Asia remittances market? »
back to top
© 2007 - 2021 Kapronasia