Will Indonesian banks be able to challenge super apps in fintech? 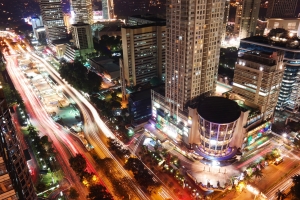 Indonesia's super-app Go-Jek has borrowed a page out of both Uber and WeChat's books on its way to hallowed decacorn status - valuation of US$10 billion. Like Uber, Go-Jek began as a humble ride-hailing app. It soon expanded into food delivery, just as Uber did with Uber Eats. Go-Jek then added digital banking services as China's Tencent did with WeChat Pay and WeBank. One of Go-Jek's goals is to gain a strong foothold in internet banking as Tencent has in China. Singapore-based Grab (in the Indonesian market through its stake in Ovo) has a similar plan, and just might be a match for Go-Jek. What about Indonesia's banking incumbents though? They can't just stand by idly while the super apps eat their lunch.

Mid-size Bank Mega, which is part of the Indonesian conglomerate CT Corp., announced in April that it would release its own mobile payment service soon - potentially in May. Bank Mega wants to allow users to link their bank accounts, debit cards and credit cards to its payment service to facilitate higher-value transactions, the bank's executives say. Indonesians typically use mobile payments for small transactions as the main digital wallets limit the amount of stored value.

One advantage Bank Mega has over the super apps is its existing retail network, which includes the supermarket chain Transmart as well as the U.S. fast-food chain Wendy's and Baskin-Robbins ice-cream shop. Transmart doesn't accept Go-Jek or Ovo payments, just as Alipay cannot be used in the WeChat app and WeChat Pay cannot be used to pay for goods on Taobao.

"Banks still can catch up in the digital payment system by leveraging their current huge customer base to introduce their digital payment products," Mulya Chandra, an equity analyst at Morgan Stanley Sekuritas Indonesia, told The Nikkei Asian Review in April.

But can Indonesian banks create equally handy digital wallets as the super apps? It depends if they can find capable tech companies as partners. It's unlikely the banks' internal IT teams are up to the task. Of course, if the banks are focused primarily on their existing customers, it won't be hard to persuade them to link their bank accounts with a new mobile platform.

The banks, won't however, easily make inroads into the huge unbanked population - estimated by the World Bank at roughly 95 million - with such a strategy. Analysts say that Indonesian banks remain overly reliant on physical branches to serve customers given the archipelago country's challenging geography. Indonesia has about 17,000 islands, with many isolated areas unsuitable for retail bank outlets.

In February, a consortium made up of Indonesia's main state-owned lenders and one of its largest telecoms announced that it would launch a unified QR code payment platform called LinkAja that integrates their different mobile payment systems and supports both Alipay and WeChat Pay. The group, which includes Telekomunikasi Indonesia, Bank Mandiri, Bank Rakyat Indonesia, Bank Negara Indonesia, and Bank Tabungan Negara, made the move to better compete with Go-Jek and Ovo. The telecom firm and state-owned lenders plan to build out the platform to include a large suite of financial services in the future.

Nevertheless, in the Indonesian market, Morgan Stanley believes that fintechs will ultimately "take some share of banks' businesses, either in existing or potential segments that could have been grabbed by banks," Nikkei noted.