Will Gojek merge with Tokopedia? 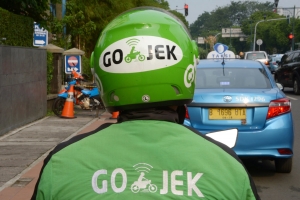 Rumors of an impending Grab-Gojek merger are looking more like smoke and mirrors by the day. After all, combine two similar questionable business models and and what do you get? Here is what you do not get: a company capable of slowing Sea Group's momentum in Indonesia. With gaming and e-commerce in the same ecosystem, Sea has stickiness that Gojek and Grab lack. With that in mind, perhaps Gojek could merge with a company able to complement its core services of ride hailing, food delivery and payments. One possibility is Indonesian e-commerce giant Tokopedia.

A Gojek-Tokopedia merger would be a big deal, bringing together Indonesia's two most valuable startups. Together they would be worth $18 billion, Gojek US$10.5 billion and Tokopedia US$7.5 billion. Unlike a Grab-Gojek merger, this one would be complementary, with Tokopedia bringing e-commerce into Gojek's ecosystem. Gojek's delivery capabilities could potentially be used to handle online shopping logistics. Gojek's digibanking service could be integrated into Tokopedia's e-commerce platform.

The politics of a Gojek-Tokopedia merger are less contentious than one involving Grab and Gojek. First of all, both firms are based in Indonesia. Secondly, they are not arch-rivals. Thirdly, because their services are complementary, regulators are less likely to worry about reduced competition in ride-hailing, food delivery and payments. Gojek and Tokopedia also have some of the same investors: Google, Temasek Holdings Pte and Sequoia Capital India. Alibaba is also an investor in Tokopedia.

According to Bloomberg, Gojek and Tokopedia are currently discussing merger ratios that would give each side "substantial equity ownership." Since the founders of the companies have been friends for more than a decade, they "anticipate an amicable alliance."

At the same time, Gojek and Tokopedia are under pressure from investors to create favorable conditions for an exit. Both firms are more than a decade old and remain unprofitable. The synergies created by the merger could eventually put the companies on a clear path to profitability - something that has thus far eluded them both.

Reportedly, the merged entity would have a holding company that would list on Indonesia's stock exchange in the second half of 2021. The two firms are also mulling a second listing outside of the country, perhaps on the Nasdaq.

Ultimately, this merger makes sense because neither Gojek nor Tokopedia can afford to let Sea conquer Indonesia. Tokopedia has been losing ground to Shopee for months and is now trailing the Sea-owned e-commerce operator in terms of website visits, app downloads and social media engagement, according to iPrice, an online shopping aggregator.

Independently, both companies are likely to keep losing ground against the NYSE-listed firm, which has the advantage of being able to raise funds cheaply in public markets. Sea raised roughly US$3 billion in December.

More in this category: « Fintech in Taiwan: steady as she goes Why has fintech investment in Singapore hit a record high? »
back to top