Will digital banks be disruptive in Thailand? 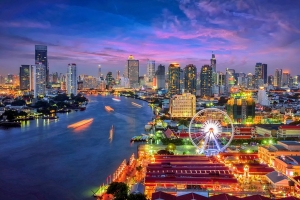 In August 2021, The Bangkok Post ran an article entitled “Thailand ripe for a digital banking battle” that captured the conventional wisdom about the prospects for online lenders in the kingdom, which is that there is a significant market opportunity for them due to lagging digitization among incumbents rather than the existence of a significant unbanked population. About 82% of Thais have a bank account, though by one estimate 48% of the population is underserved. Yet the opportunity for digital banks could be shrinking as big traditional lenders accelerate digital transformation and the government introduces real-time retail payments possible with only a mobile number.

Among East Asia’s major economies, Thailand has been one of the least eager to introduce digital banks. The Bank of Thailand (BOT) said in February it would launch a regulatory framework in the second quarter of 2022, and as of early June, there has not been any update. Keep in mind that digital banks in South Korea, Taiwan, Hong Kong and the Philippines are up and running, while Singapore’s and Malaysia’s ought to be in the next year or so.

Whether by accident or design, Thailand appears to be taking a different path to financial digitization than its neighbors. On the one hand, the largest traditional banks like Siam Commercial Bank and Kasikornbank are busy digitizing; by the time Thailand’s digital banks go live it will probably be hard to tell the difference between the digital arms of certain incumbents and the online lenders. On the other, the Thai government is keen to promote its real-time retail payments system PromptPay, which linked up with Singapore’s PayNow last year and has been hailed as the world’s first real-time cross-border payments service possible with only a mobile phone number. In March, the financial journal Central Banking awarded the linkage “Initiative of the Year” for 2022.

For its part, SCB has rebranded as SCB X. SCB X’s digital play is significant because it is a major player among Thai banks – it is designated as one of Thailand’s five domestic systemically important banks by the BOT and is Thailand’s No. 4 lender by assets – and it is in strong shape financially. It has money to spend on digitization. Last November, SCB X acquired a 51% stake in digital asset exchange Bitkub for THB 17.85 billion (roughly US$536 million) through its subsidiary SCB Securities.

Shares of SCB X surged on the first day of trading in late April after it successfully concluded a stock-swap offer for the banking unit. SCB X is rated as one of the top picks among Thai lenders on expectation of its continued growth in commercial and retail loans, according to Capital Nomura Securities Plc

Kasikornbank is another incumbent that has fast-tracked digitization. In October 2020, its subsidiary Kasikorn Vision teamed up with Japan’s Line super app to create Line BK, which acts as the "social banking" arm of the Line app in Thailand. It has since accrued millions of retail users in Thailand to which it offers debit cards, lending services and deposit accounts.

Given the market situation in Thailand, we expect that the entry of digital banks to the market will not be especially disruptive, though like in Malaysia they could potentially serve the unbanked (in Thailand approximately 14 million people) and underbanked in remote rural areas. If Thailand follows the consortium model that Malaysia and Singapore used, we would expect to see conglomerates, Big Tech and even incumbent lenders well represented among the applicants.

More in this category: « Taiwan grapples with rising digital financial crime The sky may be the limit for Philippine digibanks »
back to top