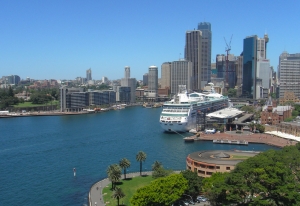 Australia's digital banking honeymoon is winding down. With Xinja and 86 400 both out of the picture - albeit in very different ways - the Australian Prudential Regulatory Authority (APRA) is moving to raise the sector's barrier to entry. It will become harder to get a banking license. Under the revised regulations, neobanks will have to be better capitalized and launch both an income-generating asset product and a deposit product in order to be approved for a full license.

The APRA is rejigging Australia's rules around neobanks to guide the disruptors down a more sustainable path. Without changes to the regulations, the temptation to focus on growth metrics rather than profitability would be high, especially in retail banking. Indeed, of Australia's neobanks, one closest to reaching profitability thus far has focused on SME lending: Judo.

Indeed, Judo has a strong niche with its focus on SME lending. The Melbourne-based firm has nearly doubled its loan books during the pandemic and will reportedly soon reach AU$3 billion in loans. Many of its customers were unable to secure the necessary credit to grow their businesses from Australia's incumbent banks. In its third SME Banking Insights report, Judo found that the gap between what SMEs can borrow and what they want to borrow had risen to AU$94 billion from AU$89 billion a year earlier.

Judo will likely remain an outlier among Australia's neobanks. The company has signaled it has no intention to team up with incumbents - the path taken by 86 400.

Healy has a point. It is not exactly "disruptive" to join forces with one of Australia's largest lenders.

Another option is to pivot to banking as a service, which is Volt's strategy. The company had to nix a planned IPO last year after the pandemic hit, and has twice been forced to raise funds at a lower price. It is now betting that corporate customers will want to use its banking license and infrastructure to offer banking services to their customers.

Volt in March announced it would partner with the UK fintech Railsbank. The tie-up with Railsbank comes as the Australian neobank is preparing to enter the home loans market. Volt reportedly has about AU$87 million in deposits and plans to write roughly AU$50 million in mortages in the coming months. Volt CEO Steve Weston told The Sydney Morning Herald that "the lion’s share of our deposits are going to come via our partnerships, including those introduced by Rails."

More in this category: « WeLab teams up with Allianz Group Will Thailand issue digital bank licenses? »
back to top