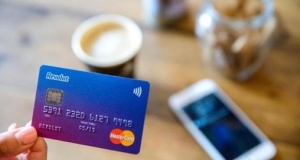 Revolut always thinks big, so it is no surprise that the UK neobank unicorn is now billing itself as a global financial super app. Revolut's CEO Nikolay Storonsky spoke about this topic at Singapore's recent Fintech Festival. It was hard not to see the irony there. While Revolut was talking about its super app dreams, Grab-Singtel, Sea Group and Ant Group were mulling how to best use their newly won Singapore digital bank licenses. Revolut was not even in the running for one. It dropped out of the race more than a year ago due to the stringent capitalization requirements.

In Europe, Revolut may have yet have a crack at becoming a super app. Europe is where the UK neobank has the strongest presence. In Europe, Revolut is on familiar ground. It has established its competitive strengths and is familiar with the regulatory environment.

Asia is another story. Revolut's banking business model, which relies on monetizing unprofitable customers at some point in the future, is ill-suited for Asia's conservative regulatory environments. With its current cash-burning ethos, Revolut will be hard pressed to persuade most Asian regulators to grant it a banking license. Without the ability to take deposits or offer loans, Revolut will struggle to gain market share in Asia, which has a plethora of fintechs offering similar services. In Singapore, where the UK neobank has its APAC headquarters, it is a minor player. It is not much bigger in Australia and Japan.

In a recent interview with Tech Wire Asia, Revolut's Singapore CEO James Shanahan said that Southeast Asia represents a "tremendous opportunity" for Revolut, but then acknowledged that the regulatory regimes vary greatly. However, he added, "The ambition is the same. The ambition is that everybody anywhere can enjoy the value of the Revolut fintech ‘super app’, regardless of where they are, regardless of who they are.”

And therein lies the dilemma for Revolut. It wants to offer a one-size-fits-all solution for digital banking, a financial super app, when that may not be what each Asian market needs. Take Singapore, for instance. It is one of the best banked countries in the world. Singaporeans need niche services from digital banks, like SME lending, not a super app. At the same time, many of the products that Revolut touts, such as trading, commodities, cryptocurrencies, and business accounts, were designed for customers in advanced economies. Southeast Asia ex-Singapore, Brunei and Malaysia is much less wealthy. Revolut needs to tailor products for customers in those countries, not pitch a generic super app to them.

More in this category: « Losers of Singapore digital banking race must shift gears Asia has room for multiple financial centers »
back to top