WeLab teams up with Allianz Group 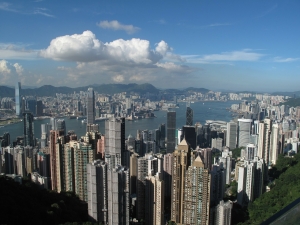 Hong Kong's virtual banking field is crowded with eight neobanks that have similar value propositions. In their fledging stage, the digibanks have focused on quickly bringing customers onboard, highlighting their digital agility and offering high deposit interest rates for a limited time. The unicorn WeLab, the only native Hong Kong virtual bank, is one of the first to signal it has a broader strategy. WeLab in early March received an undisclosed investment from Allianz Group's digital investment unit as part of its Series C-1 fundraising and plans to collaborate with Allianz's asset management arm to develop wealth management products.

Allianz sees the WeLab investment as a way to grow its footprint in Asia fintech. It is the first time the Munich-based firm has invested in a Hong Kong fintech firm.

In particular, the German company is eyeing opportunities in China's Greater Bay Area (GBA), a large geographic region spanning Hong Kong, Macau and nine Guangdong Province cities that has a population of 72 million. The GBA has a GDP of roughly US$1.7 trillion. As a market, it is potentially 10 times larger than Hong Kong alone.

WeLab too has its eyes on the GBA. Its Hong Kong virtual banking license will allow the neobank to participate in the forthcoming cross-border wealth management connect scheme, which will facilitate two-way investment between Hong Kong and Macau and Greater Bay Area cities in Guangdong Province. The scheme, which will allow 300 billion yuan (US$45 billion) for fund movement in both directions, will permit each investor to invest up to 1 million yuan each.

The initiative's start date has yet to be announced as regular cross-border travel will have to resume first. Although WeLab operates a digital bank, investment accounts still have to be opened in person, as Hong Kong Monetary Authority chief executive Eddie Yue Wai-man noted in mid-March. "It is a national requirement for investors to open an investment account in person at financial firms to allow bank staff to explain the products and risks to the investors," he said.

WeLab has a total of 50 million customers of its online banking and insurance products. 47 million are in mainland China and less than a million in Hong Kong. The other 2.5 million are in Indonesia. In the long run, WeLab is likely to want to grow in Southeast Asia, as is Allianz. Together they stand a better chance of growing their market share in a region characterized by intense competition in digital finance.

“It’s an interesting four-way cooperation,” WeLab founder Simon Loong told Tech Crunch, describing the roles Allianz as an asset management and insurance firm, and WeLab as a bank and fintech solution provider. “I think it will really be an interesting inflection point for the company to scale.”

More in this category: « Line's super app prospects get a boost from merger with Z Holdings Will Australia's neobanks endure? »
back to top
© 2007 - 2021 Kapronasia