Why did Vietnam nix its plan to limit foreign ownership in fintechs? 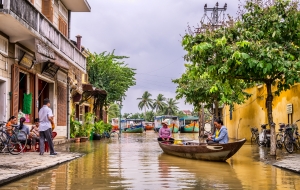 The Vietnam fintech market was Southeast Asia's hottest in 2019 after Singapore, an impressive feat given that the Lion City is a hub for the entire region. From Jan. to Sept. 2019, Vietnam accounted for 36% of Southeast Asia's venture-capital fintech investment compared to 51% for Singapore, according to a December report from the United Overseas Bank (UOB),  PricewaterhouseCoopers (PwC) and the Singapore Fintech Association (SFA). Vietnam was far ahead of other Asean economies, including Indonesia (12%) as well as the Philippines, Thailand and Malaysia (2% each).

Vietnam's Banking Strategy Institute reckons that the nation's fintech market will reach US$9 billion in value this year, which will make it the region's fourth largest. Fast growth in the fintech sector and the potential for the industry to boost financial inclusion probably explain why Hanoi nixed a plan to cap foreign ownership in payment service intermediaries at 49%, which was proposed by the State Bank of Vietnam (SBV) in November.

For its part, the SBV argued that the foreign ownership cap would "prevent foreign investors from manipulating this field" and "ensure the safety, security, as well as Vietnam’s national sovereignty over its financial sector" according to Vietnam's state media. In a note on the draft regulation, the SBV pointed out that foreign investment is high in the budding local e-payments segment. M-Service, parent company of the popular digital wallet Momo, is 66% foreign owned. Overall, the five firms that control 90% of Vietnam's digital wallet segment have foreign ownership of 30-90%, the SBV said.

To be sure, restricting foreign ownership in local fintechs would have harmed Vietnam's fintech ecosystem. Deep-pocketed, risk-tolerant foreign investors have powered the industry's explosive growth. Asean Today notes that Vietnamese fintechs such as Payoo and VNPT EPay "have enjoyed unfettered access to foreign capital, technology and information."

Had restrictions been imposed on foreign ownership in payment firms, Vietnam's fintech sector would have had a harder time accessing large sources of capital. The expertise that professional investors bring to the table would have become less readily available, hindering the development of Vietnam's fintech ecosystem.

Representatives of Vietnam's foreign business community urged regulators not to impose the restrictions on foreign ownership. Virginia Foote, a member of AmCham Vietnam and co-chair of the Vietnam Business Forum (VBF), recommended that the drafting board reconsider the proposal, noting how it could affect investors' confidence in Vietnam's business environment, according to Fintechnews.sg.

Vietnam has made a wise decision by foregoing restrictions on foreign investment in its fintech sector. This decision shows foreign investors that the country is inherently open to foreign capital to support fintech development - a marked difference from China. Until very recently, China prevented foreign fintechs from even entering its market, never mind allowing majority foreign ownership of local firms. Under those conditions, local fintech pioneer Alipay (owned by Ant Financial) fast evolved into China's e-wallet of choice. In the mobile internet era, Tencent's WeChat Pay gave Alipay a run for its money. Eventually, the two firms came to control 90% of China's US$25 trillion mobile payments market. Beijing's approach has yielded a dynamic self-contained fintech ecosystem. The lack of integration with the rest of the world, however, makes it difficult for Chinese fintechs to organically grow overseas.

Indonesia has adopted a similar, if less restrictive approach than China. It allows foreign firms to enter the local e-payments market, but they must find a local banking partner. The Indonesian central bank finally approved WeChat Pay to enter the market after a long wait: The Chinese firm is partnering with Bank CIMB Niaga. Indonesia also imposes a 20% foreign ownership cap for e-payment services, and a 49% cap on crypto firms.

With strong economic fundamentals, Vietnam looks set to accelerate the development of its fintech sector. Investors see strong growth potential in the nation of 90 million, where about 70% of adults are unbanked, and government support for financial inclusion is high.

More in this category: « Australian challenger banks live up to their name Revolut, Transferwise, and the Singapore Payment Services Act »
back to top