Why is TymeBank expanding to Southeast Asia? 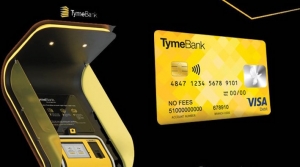 South Africa’s TymeBank has big plans for Southeast Asia. The South African neobank plans to launch a digital bank in the Philippines and may also apply for a digital bank license in Malaysia. Measured by account numbers, Tyme is one of Africa’s most successful digibanks, claiming to have signed up almost 3 million customers since its launch two years ago. In late February, Tyme announced it had raised US$109 million from investors for expansion in Southeast Asia, one of the largest deals ever by a fintech in South Africa.

Tyme launched in 2019 after securing the first commercial banking license issued in South Africa since 1999. It quickly accrued customers by undercutting incumbents on fees and signing up customers through in-store kiosks in a large supermarket chain.

At first blush, TymeBank’s jump from South Africa to Southeast Asia looks unusual. After all, South Africa is far from the Philippines, even though the two countries both are emerging markets with large unbanked populations. However, one of Tyme’s founders, Coen Jonker, recently relocated to Singapore. He told Business Insider South Africa in February that the city-state offers the digital bank an optimal base given its business-friendly tax regime, political stability and proximity to markets where Tyme wants to expand. Additionally, Jonker believes that companies in the region will be more willing to do business with a Singapore-based group than one located far away. With that in mind, Tyme plans to set up a holding company in the city-state.

Joenker told Reuters in February that Tyme is also planning to set up a digital bank in Malaysia. Bank Negara Malaysia plans to issue up to five digital bank licenses by early 2022. “We are in the final stages of closing in on an exclusive partnership with a consortium,” he said.

As a digital bank based in a developing country, Tyme may be well positioned to tap market opportunities in both the Philippines and Malaysia. There is an early-mover’s advantage to be captured, especially in the Philippines, where it is unclear if the region’s leading platform companies like Sea Group, Grab and Gojek will throw their hats into the digital banking ring. Grab will likely apply for a license in Malaysia, but with the right consortium partnership, Tyme could be a strong player in that market.

More in this category: « Hong Kong faces rising fraud and money laundering Sea Group shrugs off US$1.62 billion loss »
back to top