Why is the Philippines back on the FATF grey list? 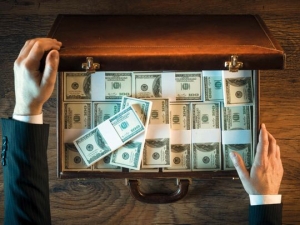 The Philippines has returned to an unenviable position: It is once again one of the only East Asian countries on the Financial Action Task Force’s (FATF) Grey list, alongside Cambodia. Countries on the grey list have been flagged by FATF for insufficient anti-money laundering and/or counterterrorism financing controls. Being on the list creates regulatory headaches for financial institutions – such as higher interest rates and processing fees – and can be detrimental to a country’s business environment.

According to the International Monetary Fund (IMF), being on the FATF grey list has a significant negative impact on a country’s capital flows. “The magnitude of the negative effect is large – on average −7.6 percent of GDP. It varies, however, by type of capital flow,” according to an IMF working paper by Mizuho Kida and Simon Paetzold.

It cannot be said that the Philippines was not forewarned. FATF has been urging Manila to toughen up its AML and CFT controls for several years now, with a focus on enhancing risk-based supervision in non-financial businesses (especially casino gambling and real estate), cracking down on unregistered and illegal remittance operators, increasing money laundering investigations and prosecutions and strengthening the targeted financial sanctions framework for both terrorist and proliferation financing.

In Dec. 2020, Senator Grace Poe, who chairs the Philippines Senate's sponsoring Committee on Banks, Financial Institutions and Currencies, urged her fellow lawmakers to pass legislation that could help prevent the Philippines from being placed on the FATF gray list. She noted that the Philippines would not want to "incur a reputational risk that would certainly result in reduced investor and lender confidence.”

New legislation will be integral to the Philippines’ ability to exit the FATF grey list, in particular the proposed the Bank Deposits Secrecy Bill, which would ease the country’s strict bank secrecy regulations. This bill will give the Philippine central bank stronger investigative powers, making it easier for the regulator to examine suspicious bank accounts, and impose heavy penalties. While BSP has long advocated such legislation, it previously stalled due to concerns about potential privacy breaches.

“Reforms in deposit secrecy will support the country's efforts to combat domestic and global tax evasion, money laundering and other financial crimes,” BSP Governor Benjamin Diokno said at an August media briefing, adding that the new legislation would benefit depositors as it would give the BSP stronger capacity to protect them from losses due to fraud and other illegal activities

More in this category: « Taiwan’s virtual banks arrived at the right time What has Sea got to lose? US$433.7 million »
back to top