Why is Citibank scaling down in Asia? 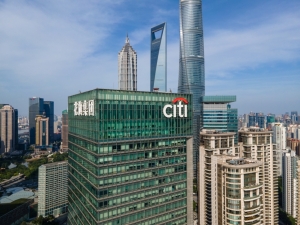 Citibank is calling it quits in many of Asia-Pacific’s retail banking markets, including mainland China, India, Indonesia, Thailand, Vietnam, South Korea, Taiwan and Australia. Citi’s performance across these markets varies greatly, but overall, the US banking giant feels it lacks the scale to compete in them. Citi plans to focus its Asian retail banking business in the financial centers of Hong Kong and Singapore.

With Citi throwing in the towel, there will be very few Western banks focused on the consumer segment in the Asia-Pacific region. HSBC, while headquartered in London, is very much an Asian bank. Standard Chartered may be the last man standing.

Citi plans to sell off its consumer banking units in 13 Asia-Pacific markets. The businesses for sale accounted for US$4.2 billion of the US$74.3 billion in revenue Citigroup earned in 2020 and collectively operated at a loss, the U.S. lender said in a statement. However, Citibank is profitable in some of those markets, such as India, where it has 35 branches serving 2.9 million retail customers.

In mainland China, where Citibank was one of the first foreign banks to locally incorporate (in 2007), foreign banks have in general failed to gain traction in retail banking. Beijing was supposed to fully open its consumer banking sector to foreign competition by 2006 – per the conditions for its accession to the World Trade Organization – but has yet to follow through on that commitment. In the past, concern about foreign domination of the banking sector ensured that local banks remained dominant. According to McKinsey, foreign banks’ share of assets in mainland China actually fell to 1.2% in 2020 from 1.8% in 2010. At this point, it would be hard for any foreign bank to gain substantial market share in China’s consumer banking market.

Still, despite heavy investment over the years, Citibank is far from a dominant player in any of Asia-Pacific’s consumer banking markets. It is worth pondering if Western digital banks aiming to foray into APAC retail banking could learn anything from Citi’s experience. Revolut, with its plans for a financial services super app, and determination to expand everywhere from India to Japan to Southeast Asia, comes to mind. Just like Citi, Revolut will face strong – and in some cases, entrenched – local competition. Meanwhile the same regulators who favored traditional local incumbents will likely back their digital equivalents today, creating challenging conditions for foreign neobanks.

More in this category: « Are Malaysian incumbent banks ready for the digital challengers? DBS posts record earnings in first quarter »
back to top