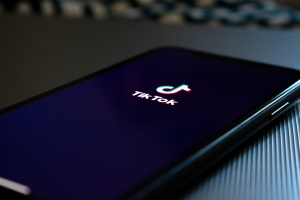 ByteDance is among the Chinese tech giants, which also include Alibaba's fintech arm Ant Financial, that have applied for a digital banking license in Singapore. While ByteDance's recent performance has been impressive, the company is searching for new ways to monetize its services. In ByteDance's home market, the fintech arms of Alibaba and Tencent dominate digital banking. In May 2019, search giant Baidu and incumbent bank Citic said that they would raise up to US$1 billion to set up a digital bank of their own. Yet otherwise, Beijing has given no indication that it plans to issue additional digital banking licenses. Even if ByteDance could launch a digital bank in China, it would have to spend heavily to pry customers away from the Alibaba's MyBank and Tencent's WeBank. China's first-generation internet giants also dominate other digital economy segments that ByteDance has explored, including online gaming (Tencent), search (Baidu) and e-commerce (Alibaba).

In contrast, outside of China, none of the Chinese internet giants has yet to establish a firm foothold in digital banking. Under that scenario, ByteDance in January applied for a digital wholesale bank (DWB) license in Singapore. That license allows the holder to serve non-retail customers only. On its LinkedIn page, ByteDance says that it is building a Singapore-based global payment system to offer cross-border payment solutions for its products and services. Given Singapore's position as a regional finance hub for Southeast Asia, a DWB license could support ByteDance's wider regional expansion plans.

In January, Jayaprakash Jagateesan, chief executive of RHT Fintech, told The Business Times: "The strong interest from Chinese players in the wholesale space is simply because these players have deep expertise and the highest level of experience in serving a large market - they are way ahead of the curve in serving the Chinese market with fintech."

That's certainly true for the other Chinese firms applying for DWB licenses: Ant Financial, the consortium that includes Yillion Group and Hande Group (as well as Singapore's iFast Corporation) and to a lesser extent, the group including Xiaomi Finance. ByteDance, however, has no significant fintech experience.

ByteDance is also unique among the Chinese DWB license applicants in its international success. TikTok has a significant following in America, so large that it even has attracted some unwanted attention from U.S. lawmakers and regulators amidst ongoing tensions in the U.S.-China relationship.

Overall, ByteDance has 230 offices in 30 countries. In 2019, rumors emerged that the company was mulling moving its headquarters to Singapore, but that never came to pass.

More in this category: « Kakao looks to bulwark fintech business with acquisition of securities firm Arival Bank aims for a Singapore digital wholesale bank license »
back to top