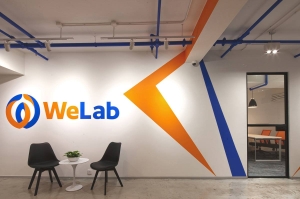 Among Hong Kong’s eight virtual banks, WeLab Bank stands out for a few reasons. First, it is not simply an offshoot of large tech firms and/or incumbent lenders like most of its competitors. WeLab is a startup that was established a decade ago as an online consumer credit lending platform. It has been operating in mainland China since 2014 and Southeast Asia since 2018. Though the mainland market is and will remain important for WeLab, its interest in Southeast Asia – Indonesia in particular – shows the company has a regional vision for its business that contrasts with that of its competitors focused only on Hong Kong and the mainland.

It has always been debatable whether Hong Kong needs digital banks. That they are dominated by Big Tech and traditional banks is ironic given that the main reason they were established was to shake up an industry dominated by a few incumbent lenders.

That said, there are certain niche markets the digital banks may be able to cultivate. One of these is wealth management in the Greater Bay Area, (GBA), which spans Hong Kong, Macau and nine Guangdong Province cities and has a population of 72 million. With a GDP of roughly US$1.7 trillion, the GBA is potentially 10 times larger than Hong Kong alone.

WeLab’s Hong Kong virtual banking license allows the neobank to participate in the cross-border wealth management connect scheme. Launched in October 2021, it facilitates two-way investment between Hong Kong and Macau and GBA cities in Guangdong Province. The scheme, which will allow RMB 300 billion (US$43 billion) for fund movement in both directions, will permit each investor to invest up to 1 million yuan each.

While this market seems promising, the Chinese government’s crackdown on tech companies has introduced some uncertainty into the prospects for fintechs to grow expeditiously on the mainland. This is not the main reason WeLab is stepping up expansion in Southeast Asia, but it certainly plays a role in the company’s considerations.

Indonesia is the focus of WeLab’s Southeast Asia expansion for now, and with good reason, given its large unbanked population, fast-growing economy and openness to foreign investment in digital finance. Unlike Hong Kong and many parts of the mainland, the Indonesian market offers ample low-hanging fruit. Though competition is intense, the market is so large and nascent that the pie is large enough for many companies to build substantial market share.

In its Indonesian endeavor WeLab is partnering with the local conglomerate Astra International, and following what is becoming a standard playbook for foreign tech companies in the Indonesian financial sector. In December 2021, WeLab purchased a 24% stake in Indonesia’s Bank Jasa Jakarta with the intention of rejigging it as a digital bank. It raised US$240 million from new and existing investors through a consortium called WeLab Sky. In September, WeLab increased its ownership in Bank Jasa Jakarta to 49.56%, while Astra International invested an additional US$259 million in the Indonesian bank.

WeLab previously teamed up Astra International to establish the online lending platform Maucash in Indonesia in 2018. Maucash has reportedly attracted millions of users.

More in this category: « Cambodia targets removal from FATF’s gray list in early 2023 Digital banks in Singapore are not living up to the hype »
back to top