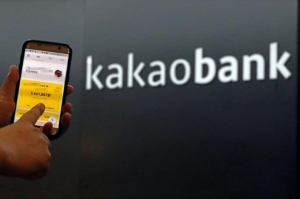 Kakao’s success as a fintech has been no accident. First and foremost, the company built a large user base with its free messaging service (which now counts almost 90% of South Korea’s 52 million people as users) and launched both an e-wallet and digital bank in 2017, before any competitors had managed to get a foothold. Kakao has focused almost exclusively on its home market, eschewing the cash burn that goes hand in hand with rapid international expansion.  Coupled with the weak digital footprint of Korea’s incumbent banks, this has been a recipe for success.

The influence of China’s largest platform companies on Kakao’s approach to fintech is palpable. That too is no coincidence. In 2017, Ant Group and Kakao Pay established a strategic partnership. Ant invested US$200 million in Kakao’s payment arm that gave the Chinese company a 45% stake with Kakao Corp. holding the remaining 55%. Kakao Pay and Alipay have a partnership to allow cross-use of their payment services, which will likely further expand after the resumption of regular international travel.

Meanwhile, Tencent holds a 3.74% stake in Kakao Bank and has been a partner of the digibank’s parent company for years. Back in 2013, Tencent invested US$63 million in Kakao, acquiring 14% of its shares. The Chinese internet giant invested an additional US$47 million in Kakao Games in 2018.

In a similar vein to the Chinese fintech giants, Kakao has been aggressive about rolling out new digital financial products, in many cases being the first in Korea to offer such products. While Korea is a well-banked country in terms of the number of people with bank accounts, it also has a significant underserved market.

Looking ahead, Kakao will face stronger competition from pure-play fintechs such as K bank and Viva Republica’s Toss Bank. K bank has bounced back from a long slump by linking up with a crypto exchange to capitalize on the bitcoin boom, while Toss launched South Korea’s first online brokerage in March, Toss Securities. Viva Republica is currently seeking to raise 200 billion won (US$177 million) for expansion while Toss will go live later this year.

More in this category: « Fly the super app skies with AirAsia Will Traveloka’s fintech gambit succeed? »
back to top
© 2007 - 2021 Kapronasia