Why did OCBC have a sterling Q1? 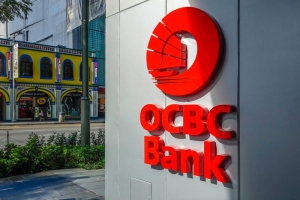 Singapore’s largest lenders have started the year off on a cracking note. First DBS reported record earnings and now OCBC has done the same. The city-state’s second largest bank posted a net profit of S$1.5 billion in the January to March period, compared to S$698 million during the same period a year earlier and well exceeding Refinitiv’s estimate of S$1.08 billion.

Eugene Tarzimanov, a senior credit officer at Moody’s Investors Service, told Reuters: “We expect that the recovering macroeconomic environment will result in further improvements in the profitability of large Singaporean banks in 2021, supporting their very high Aa1 credit ratings.”

Like DBS, OCBC has been busy fast-tracking digitization of its business to adapt to a new pandemic-induced normal and maintain its competitiveness as digital banks start to go live in Singapore. In the spring of 2020, OCBC moved its wealth advisory services online, including the sale of unit trusts, structured investments, bonds, and foreign exchange products. About 1,000 advisors began conducting meetings and sales advisory remotely.

While many customers are still accustomed to face-to-face interactions, the virtual process will become increasingly prevalent, even after the pandemic ends, Sunny Quek, OCBC head of consumer financial services, said in a statement. "In the future, customers will have a choice at their convenience to decide the best mode of engagement for their financial needs," he added.

Looking ahead, OCBC are DBS are likely both potential contenders for parts of Citibank’s Asian consumer banking business. The businesses Citi is exiting had US$82 billion in total assets and were allocated US$7 billion in tangible common equity in 2020, according to the US lender.

Since Citi will not give up its banking licenses in most of the 13 Asian markets it is exiting, buying its consumer banking portfolios and branches will only make sense for banks already established in those countries.

More in this category: « South Korean banks feel pressure from fintechs Australia gets tougher on financial crime »
back to top