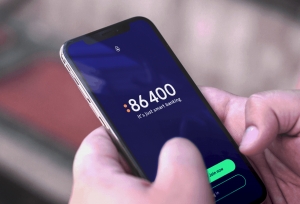 Barely a month after Xinja's abrupt demise, another Australian neobank is exiting the market. This time though, the said bank is being bought out, not folding like an accordion. It would seem that National Australia Bank (NAB) made 86 400 an offer the neobank could not refuse to the tune of AU$220 million. Shareholders cannot complain. Australia's third-largest lender had already purchased an 18.3% stake during 86 400's Series B fundraising round and says it is paying a premium to the price investors had paid when they invested in the neobank.

Among Aussie neobanks, 86 400 has been performing well, if not quite at the level of unicorn Judo. The Sydney-based neobank has 85,000 customers, AU$375 million in deposits and AU$270 million in mortgages. It is the only Aussie neobank thus far to offer home loans. However, 86 400 lacks Judo's niche with SMEs, which has allowed the Melbourne-based neobank to grow its lending books considerably during the pandemic, reach profitability on a monthly basis and pave the way for a forthcoming IPO.

With its retail banking focus, prior to the merger with NAB 86 400 competed head-to-head with Australia's big four incumbent banks. As Xinja discovered, that can be hard because of the high cost of customer acquisition (they need to be brought onboard with high deposit rates and other subsidies) and getting a full-fledged bank up and running relative to the revenue most neobanks can generate in their early days.

Launched in mid-2019, 86 400 lost AU$22 million in the fiscal year ended June 2020. Technology and human capital investments increased operating costs by about 70%, the company said in its first annual report. That loss was in line with expectations, but naturally the neobank needed investors to provide more funding in order to keep things on track. The pandemic slowed the fundraising process down, but 86 400 eventually held a successful Series B round.

For NAB, acquiring 86 400 allows it to accelerate digitization and better cater to a young customer demographic. NAB will integrate 86 400 with UBank, its online banking division. That move will allow NBA to "develop a leading digital bank that can attract and retain customers at scale and pace,” NAB chief operating officer Les Matheson in a statement.

86 400's leadership believes the merger will allow the neobank to grow much faster than if it chose to remain independent, "propelling our business, customer numbers and balance sheet to a position which would’ve otherwise taken five years," Robert Bell, chief executive of 86 400, said in a statement.

It sounds like a win-win, with the possible exception of the implications for competition in the Australian banking sector. If this deal heralds a new trend of Aussie banks acquiring fintechs, Australian consumers and businesses will end up with fewer choices. Meanwhile, incumbents will worry less about reducing unpopular fees and improving customer service without digital upstarts breathing down their necks.

For their part, Australian regulators are circumspect about big Australian banks buying up fintech competitors. Competition regulator Rod Sims told Australian media last October, "What we are on the lookout for is the big four ... buying anything that has the potential to be a vigorous competitor." While not vowing to block such deals, Sims did question the benefits for banking customers.

Sims said that Australia's Australian Competition and Consumer Commission (ACCC) would prefer to see smaller banks acquire fintechs. Second-tier banks can give fintechs "all the capital they need," he said.

More in this category: « Rakuten launches Taiwan's first virtual bank Hong Kong's virtual banks have their work cut out for them »
back to top