Why did Gojek invest US$160 million in Bank Jago? 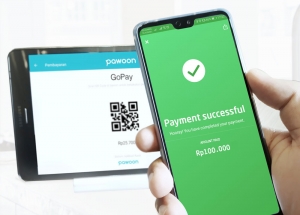 The Grab-Gojek rivalry is fast becoming the stuff of legend. Barring a merger, those two Southeast Asian decacorns are determined to one-up each other for evermore. The rivalry began with ride hailing and food delivery and has intensified in the fintech sector, the best hope for both firms to reach profitability and provide their deep-pocketed investors with an attractive exit. Following Grab leading a US$100 million funding round in Indonesian e-wallet LinkAja, Gojek spent US$160 million to increase its stake in PT Bank Jago to 22% from 4%. It is Gojek's largest investment yet in financial services.

Gojek spent big on Bank Jago for several reasons. For one thing, it lost out to Grab in the LinkAja investment. Gojek has been eager to make a big-ticket investment in fintech to show Grab and Sea Group (whose ShopeePay is fast gaining market share among Indonesian e-wallets) that it will not cede its enormous home market to them. Bank Jago is a logical choice because it is co-owned by Patrick Walujo, a venture capitalist and co-founder of the early Gojek backer Northstar Group.

Walujo and banker Jerry Ng plan to transform Bank Jago into a tech-savvy digibank, according to The Jakarta Post. That plan meshes well with Gojek's ambitions to become a one-stop shop for digital financial services.

“The collaboration will be the start of a new way to offer financial services to Gojek users, as well as to develop a model to partner with other banks," Gojek Co-CEO Andre Soelistyo said in a press release.

Gojek intends to integrate its platform with Jago, so that the Indonesian bank can directly offer access to digital banking services through the Gojek app. Under that scenario, Gojek users could instantly open a bank account with Jago and use the Gojek app to manage the account. Gojek said in the press release that its partnership with Jago will "act as a model through which Gojek will go on to partner with other banking institutions to support them in reaching more customers."

For the moment, Gojek has a leg up on both Grab and Sea in Indonesia. While those two firms are proud winners of Singapore digital bank licenses, the licenses are only valid for banking in the city-state.

More in this category: « Taiwan wants to regulate finance more than grow the industry Not all Aussie neobanks are birds of a feather »
back to top