Why Australia’s Judo Bank may go the distance 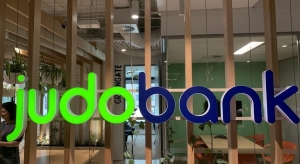 Australia’s neobank experiment has largely gone awry, with three of the four original online lenders defunct or now part of an incumbent bank. To be sure, startups fail or get bought all the time – more often than they thrive as independent companies – but we dare say that was not the expectation of the neobanks’ founders, nor Australian regulators who sought to introduce greater competition into the financial services sector dominated by four incumbent juggernauts. The one neobank that remains from that first cohort is Judo, which has carved out a niche lending to SMEs, listed successfully on the ASX and seems poised to reach profitability before long.

Many neobanks say they want to focus on non-retail customers, but in reality, they often find it hard to resist the temptations of retail banking. Correctly or not, they view retail as the quickest path to reaching economies of scale. That can be true in emerging markets, but in a rich country like Australia, the unbanked retail market is negligible, while “underbanked” is a relative term.

However, that is not the case with Australian SMEs, who often struggle to get loans from incumbent banks. This has become even more true since the pandemic began, during which Australian banks reduced their business loans by 10%. Judo focuses exclusively on this demographic, even narrowing down the criteria to SMEs with annual turnover of less than AU$100 million. Its loan book has grown from AU$100 million in 2019 to AU$7 billion today, which while minuscule compared to the AU$1 trillion or more for each of the big four, augurs well for the company’s future if it can minimize NPLs and keep its deposit books healthy.

As it turns out, the company has a strong base of customer deposits, making it far less prone to balance sheet implosions than small lenders like MoneyMe or FSA Group. Intelligent Investor, an Australian financial planning service, notes in a January research note that AU$4 billion of Judo’s AU$8 billion in liabilities are deposits, or around 51% of total funding (up from 41% last year). Management wants to get that number to 70%.

There is one aspect of Judo’s business model that may not stand the test of time: its reliance on third-party brokers for loan originations. Currently, 75% of the neobank’s loans come from brokers, according to Intelligent Investor. These middlemen take a hefty cut for loan originations, which could make it harder in the long run for Judo to reach profitability. It is unclear how Judo could reduce its reliance on these brokers.

That said, Judo’s management believes there is an AU$70 billion gap between supply and demand for business loans. While Judo cannot fill that gap all by itself, there is nonetheless plenty of room for the firm to grow its loan book.

More in this category: « Digital banks in Thailand may turn out to be incumbents in disguise Viva Republica is defying the tech slump »
back to top