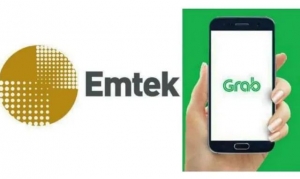 Grab has been adamant about its super app stature for some time now, but the “super” part of the picture is a work in progress. Ride-hailing and food delivery unto themselves have limitations. Fintech looks a lot more promising, but it remains relatively nascent for Grab, which is the case for the majority of platform companies in Asia. Outside of China, Kakao is the only platform company in the region to boast a profitable digital bank.

But what if Grab could offer e-commerce services? If it could, that would allow the Singaporean firm to compete more viably with both Sea and GoTo in Indonesia, both of which are counting on their respective e-commerce arms Shopee and Tokopedia to give them a competitive edge. Shopee has been on a tear in Indonesia for some time now, which is one of the reasons Gojek and Tokopedia merged. Thus, it made sense for Grab to form a strategic partnership with Elang Mahkota Teknolog (Emtek), a major Indonesian media conglomerate and the largest shareholder in Buakalapak.

According to Nikkei Asia, Grab took a 4.6% stake in Emtek when it participated in the company’s 9.3 trillion rupiah (US$642 million) private placement in March. Meanwhile, Emtek now holds 5.8% in Grab's Indonesian unit following an April transaction.

The Grab-Bukalapak alliance will target Indonesia’s MSME market, which has a large need for digitalization. There are an estimated 64 million MSMEs in Indonesia, employing 97% of the workforce and contributing 60% of the country's GDP. Grab and Bukalapak will reportedly offer a wide variety of fintech services to MSMEs already using the latter’s ecosystem, including counting, inventory management, payments and insurance.

At the same time, both Grab and Bukalapak are thinking about their forthcoming IPOs. A tie-up with the Indonesian e-commerce giant may help buoy Grab’s debut on the Nasdaq, as the Singaporean company will boast a more complete digital services ecosystem than before. As for Bukalapak, the timing of its tie-up with Southeast Asia’s most valuable tech unicorn is auspicious as the Indonesian company’s IPO is set for August 6. Thanks to the deal with Grab, Bukalpak should be able to price its IPO at the high end of its target price range. If the listing is priced at the higher range, it would raise US$1.5 billion, a record for the Indonesian Stock Exchange.

More in this category: « How are Australia’s big four banks responding to digital challengers? Singapore’s largest banks have a better-than-expected Q2 »
back to top