Who are the top contenders for a Malaysia digital bank license? 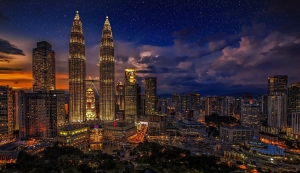 The Malaysia digital banking race is taking shape as a growing number of non-financial firms signal their intention to apply for a digital bank license. Bank Negara Malaysia is expected to issue up to five licenses valid for conducting conventional or Islamic banking in the country. Per the Malaysian central bank's requirements, the new digital banks should focus on boosting financial inclusion primarily through digital means. Potential applicants include telecoms firms Axiata Group (which owns the e-wallet Boost) and Green Packet, ride-hailing giant Grab, gaming company Razer and conglomerate Sunway as well aas the Hong Kong-based financial group AMTD and the Malaysian bank AMMB.

AMMB's interest in a digital bank license is notable given that other banks initially expected to apply are reportedly reconsidering, among them CIMB, Affin Hong Leong and Standard Chartered Bank. It may be possible for them to launch something akin to a digital bank using their existing bank licenses. That strategy might be smoother than following Bank Negara's lengthy guidelines to set up a neobank.

However, if an incumbent bank were to partner with a non-financial firm, thus gaining access to that company's customers, applying for the digibank license might still be a shrewd move. That's the approach AMMB is mulling, AMMB CEO Datuk Sulaiman Mohd Tahir told The Edge Malaysia. “It could be a youth segment that we’re aiming for, it could be foreign workers, it could be the Bottom 40% (B40) [or small-sized business loans]," he said, adding that AMMB has the "know-how in terms of lending to businesses that our [potential] partners may not have."

Razer Fintech is another company keen to apply for a Malaysia digital bank license, whether independently or as part of a consortium. Razer already partners with the large conglomerate Berjaya Corp in Malaysia on its Razer Pay e-wallet. In Singapore, Razer Fintech has a 60% stake in a consortium that applied for a digital full bank license. The consortium also includes Sheng Siong Holdings, FWD Group, LinkSure Global Holding Ltd, Insigna Ventures Partners and Carro.

Razer would, unsurprisingly, focus on the youth segment in Malaysia. CEO Lee Li Meng told The Malaysian Reserve, "Malaysia has a huge youth population, a market that is underserved." "Huge" may be a stretch. Malaysia originally defined "youth" as persons aged 15-40, but under a new amendment that comes into effect on December 21, that will change to people aged 15-30, giving Malaysia a youth population of 9 million instead of 14 million.

Overall, Malaysia is actually fairly well banked, with just 2 million of its 24 million adults lacking a bank account. However, BNM reckons about half of Malaysian adults do not use online banking. Therein lies an opportunity for the right digibanks.

More in this category: « Australia's big banks struggle with money-laundering woes Money laundering a costly problem for Cambodia »
back to top