What went wrong at Volt? 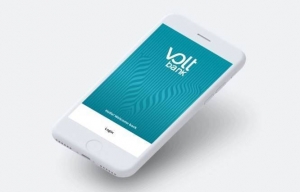 The demise of yet another Australian neobank brings to mind Queen’s hit 1980 song, “Another One Bites the Dust.” With the abrupt collapse of Volt, which said in late June it would cease operations and return AU$100 million in customer deposits after failing to raise AU$200 million, the Australian neobanking experiment’s last chance for success is Judo, which listed on ASX last year and has reached profitability. Otherwise, now both Xinja and Volt have collapsed, while 86 400 was acquired by National Australia Bank (NAB) in early 2021.

Going head-to-head against Australia’s dominant big four incumbent banks was never going to be an easy endeavor. But boosters of the neobank experiment figured that Australian customers should have more choice when it came to banking, and that in the wake of the Royal Commission’s findings – some of which did not cast the big four in a flattering light – digital lenders would be able to rapidly build market share.

In retrospect, some of the upstarts bit off more than they could chew by moving into both retail and corporate banking. The amount of capital required to build a viable retail banking business in a mature market like Australia is enormous. Australia sets the bar high for authorized deposit-taking institutions (ADIs), with applicants seeking to operate as banks required to have a minimum of AU$50 million in Tier 1 capital.

Further, customers may feel occasionally disgruntled with their existing bank, but that does not mean they are going to switch over to a digital competitor just because the latter has a slick app or supposed groundbreaking technology, or a streamlined mortgage approval process – one of Volt’s key selling points. In an interview with The Sydney Morning Herald, Volt CEO Steve Weston said, “We’ve got technology and capability that simply doesn’t exist in Australia today.”

Be that as it may, high deposit interest rates, along with other subsidies, were necessary for Volt to quickly bring customers onboard, and even those perks are not enough to guarantee customers will use the account as their primary one. It takes years to build customer trust in banking.

While Volt’s business was always more aboveboard than Xinja’s – Volt never overpromised about its fundraising abilities, nor did it mislead investors or customers – it still suffered from the same fundamental problem: inadequate capital. Though the company managed to prevail through most of the pandemic, with a Series E funding round that netted AU$15 million in June 2021, market conditions have turned unfavorable following Russia’s invasion of Ukraine, soaring inflation (which reached 5.1% in the first quarter, the highest rate since the early 2000s) and growing investor skepticism about loss-making fintechs.

A key lesson about digital banking in Australia related to the importance of securing adequate capital is that it may pay to go smaller rather than larger. Judo is the only of the first four Aussie neobanks still standing, and it has since its inception focused exclusively on SMEs. This is a market segment that is genuinely underserved in Australia, unlike the retail market, and less expensive to serve than retail.

More in this category: « Hong Kong faces rising financial crime How is Rakuten Bank’s IPO shaping up? »
back to top