What are the prospects for Trust Bank? 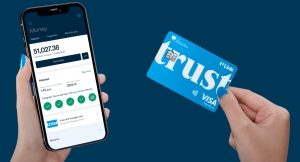 The newest digital bank in Singapore stealthily came into existence, flying below the radar in contrast to the high-profile race for digital banking licenses that ended with victories by Grab-Singtel, Sea, Ant Group and a consortium headed by China’s Greenland Holdings. Now competing with these four digital banks is Trust Bank, launched in September by Standard Chartered and NTUC FairPrice, Singapore’s largest supermarket chain.

Like GXS (Grab-Singtel’s bank) and Sea’s Maribank, Trust Bank can serve both retail and corporate customers. However, unlike those two digibanks, Trust Bank did not have to go through the challenging application process for a digital full bank (DFB) license.

The reason is that Standard Chartered was awarded Significantly Rooted Foreign Bank (SRFB) privileges by the Monetary Authority of Singapore in August 2020. As Singapore’s first SRFB, Standard Chartered is permitted to secure an additional full bank license to establish a subsidiary to operate new or alternative business models. One of these business models is a digital-led bank with ecosystem partners.

To be sure, the tie-up of an incumbent bank and large supermarket chain is a new business model, but it also provides further evidence of the MAS’s preference for established players to dominate digital banking in Singapore. The lack of startups among the city-state’s five digital banks is conspicuous. To the extent that digital banks in Singapore do introduce greater competition, it is by allowing big companies that are already established in their respective industries to foray into digital financial services.

And how will Trust Bank fare? Forgive us for saying we are underwhelmed that one of its main marketing tools is the promise of discounts and promotions on food and groceries. That’s the FairPrice connection working its magic.

User growth does seem to be relatively brisk. Within a month of its launch Trust Bank reached 650,000 weekly active users, according to estimates from Data.ai.

We expect Trust Bank will encounter most of the usual challenges that come with pursuing customers in a well-banked country, but that its deep-pocketed backers can afford to be patient. Trust Bank will probably not be under pressure to turn a profit quickly.

On November 1, Trust Bank raised its base interest rate to 1.5% per annum for its savings account. The base rate will now apply to the first S$75,000 deposit while previously it was capped at S$50,000. This increase comes following several Singaporean lenders boosting interest rates on their savings accounts as they compete to protect deposits in a precarious economic environment.

More in this category: « Thailand signals that it will move forward on digital banks The Philippines remains on FATF's gray list for now »
back to top