What are Revolut's prospects in Asia? 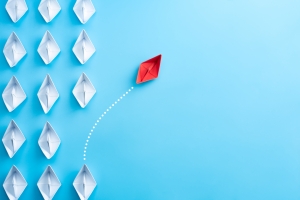 UK-based fintech Revolut has done well in Europe, where it is among the region's most prominent challenger banks. Before it acquired a banking license, Revolut built up a large customer base by offering a Visa or Mastercard-branded card tied in with a multi-currency account that allows users to transact in foreign currency on their smartphones at the interbank rate. Revolut has gradually added more services for users, such as no-fee ATM withdrawals overseas, pay-per-day insurance and the option to purchase cryptocurrency.

Revolut now has its eyes set on the Asia-Pacific region, from Japan and Australia to Southeast Asia. The company is basing its regional headquarters in Singapore. Reportedly, Revolut planned to launch in Asia during the first quarter of 2019, but the launch appears to have been delayed. On its official website, Revolut says that it "is coming to Singapore."

Revolut looks set to adopt a similar strategy in Asia that it has used in Europe: For the consumer segment, start off by offering a debit card linked to multi-currency accounts offering interbank FX rates, money transfer, travel insurance, and no-fee ATM withdrawals. There will also be a service aimed at SMEs, providing multiple currency accounts that will allow them to finance trade at interbank forex rates.

In a January interview with DigFin, Jakub Zakrzewski, Revolution's APAC general manager, said that the UK-based fintech would target wealthy individuals who frequently travel. He noted that Singapore and Hong Kong (where Revolut also plans to set up operations) have many locals and expatriates who fit this profile.

To be sure, Revolut is coming to Asia with a very different business model than the many digital wallets in the region that focus on the underbanked or unbanked demographic. The company's choice of markets in the region shows that financial inclusion is not at the top of its list. Instead, it wants to compete with high-end retail banks for wealthy customers.

Interestingly, Revolut does not see Asia's super apps as competitors, perhaps because they don't specialize in no-fee foreign exchange. However, the company should not underestimate the challenge that well-funded local fintechs could pose to its business. Australia has formidable challenger banks of its own. In Japan, traditional banking giant Mizuho Finance and super app Line are collaborating to set up a challenger bank. Hong Kong regulators recently issued four virtual-banking licenses. And Singapore will surely have homegrown challenger banks if the MAS decides to permit digitally native banks.

Revolut will be banking on top talent to help it gain a foothold in all of those different markets across APAC. In March, Revolut hired Eddie Lee, former head of the APAC region at Uber Eats, as its regional head of operations for Asia-Pacific. Also on the Revolut team are Soups Ranjan, Coinbase's former director of data science and risk, who will serve as Revolut's director of financial crime risk, and Freetrade co-founder Andre Mohamed, who will serve as director of wealth and trading product.

More in this category: « South Korea holds off on issuance of new internet banking licenses Chinese Government takes over BaoShang Bank »
back to top