Revolut has yet to make a splash in Asia 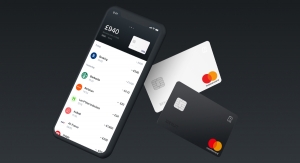 Revolut is one of Europe's biggest neobanks, but its ambitions are global. Pre-pandemic, Revolut planned to expand to a dizzying array of countries and territories. In September 2019, Revolut announced that within Asia-Pacific it would focus first on Singapore, Australia and Japan. Given its partnership with Visa, the UK neobank said it could later expand to Hong Kong, Taiwan, Korea, Indonesia, Malaysia, the Philippines, Thailand, Vietnam and India.

Revolut has stuck with its plan so far. It established a regional base in Singapore, while also launching some services in both Australia and Japan. Yet unlike in Europe, the loss-making unicorn has barely caused a ripple in Asia Pacific. There's a reason for that: Revolut is arriving late to the game and plays by different rules than some of the region's regulators.

A salient example: Revolut declined to apply for a Singapore digital bank license. At first blush, that decision was curious. Revolut cannot take deposits or offer loans in Singapore without a digital bank license, constraining its business opportunities. Unlike say, Grab, Revolut does not have a vast regional digital services ecosystem that can function independently of the license.

In fact, Revolut balked at the MAS's capitalization requirements for a digital bank license, which for the digital full bank license (permitting the holder to serve both retail clients and SMEs) are S$15 million at the restricted stage and S$1.5 billion within three to five years. Revolut chief executive Nikolay Storonsky said in November 2019, that "it does not make sense to have a banking license here because of the capital requirements."

Indeed, it does not make sense for a company with a balance sheet like Revolut's to apply for the license. Revolut lost £107 million in 2019, more than triple its £33 million loss in 2018. The company has no trouble raising new funds from investors, but turning a profit is another story.

To be sure, Revolut can explore other segments of digital finance in Singapore. Yet at this point, its offerings look fairly banal: its standard app, the Revolut Visa card and "lifestyle-based" insurance plans with SNACK, for instance.

In Japan, Revolut launch its app in September, including premium plans. The benefits - lower fees on foreign exchange, different card designs and better support - are nothing to write home about though, Tech Crunch notes.

Revolut launched in Australia in August, with greater fanfare than in Japan. There was reportedly a waiting list 30,000 strong for the UK firm's app. However, Revolut faces stiff competition from the many Aussie neobanks, such as Xinja, Volt, 86 400 and Up. And unlike its Aussie competitors, Revolut lacks an Australian Deposit-Taking Institution (ADI) license, which provides a government guarantee for deposits of up to A$250,000 in the event something goes awry at the bank.

More in this category: « Money laundering a costly problem for Cambodia K bank looks to get back in the neobanking game »
back to top