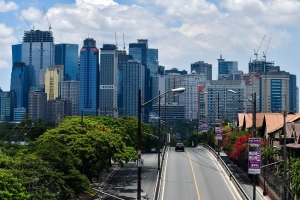 On June 28, Voyager Innovations, the Manila-based owner of the leading e-wallet PayMaya, announced it had raised US$167 million in additional funding to launch more financial services, including a digital bank. This move comes as no surprise. Like Alibaba-backed GCash, PayMaya is keen to enter higher margin segments of financial services. At present, its primary services are payments related, including remittances, bill payments, prepaid cards, and the PayMaya e-commerce Mall that connects consumers to merchants.

With its large user base accrued from the different payments services, PayMaya is in a good position to quickly grow a digital banking business. The company is likely be able to attract a large number of depositors as well as customers interested in lending services. PayMaya says that it has more than 250,000 digital-finance access touchpoints in the Philippines – which it claims is seven times the number of bank branches in the country – which makes the company’s services more accessible to people living in remote areas than those of traditional banks.

If Voyager’s bid for a digital bank license is successful, the neobank will launch about six months after getting the green light from the BSP, a Voyager representative said.

Meanwhile, Rizal Commercial Banking Corp. (RCBC), the Philippines’ sixth-largest private bank by assets, plans to set up a digital banking arm following a US$93.9 million capital injection from Japan's Sumitomo Mitsui Banking Corp. RCBC is incubating "at least one" business that may be spun off to apply for a digital bank license, RCBC President and CEO Eugene Acevedo told reporters in June.

Amid pandemic-induced lockdowns and a broader shift to online banking, RCBC closed 70 of its 500 or so branches in 2020. "What really happened was customer behavior forced us to follow them," Acevedo was quoted as saying by Nikkei Asia. In order for RCBC to survive, the lender must radically reduce operating expenses, he said. "The way to do that is to use the mobile apps as our main factory for servicing [and] engaging customers because the cost of the mobile app is much less than brick-and-mortar business."

More in this category: « Malaysia’s digital banking race finishes with 29 applicants Fly the super app skies with AirAsia »
back to top