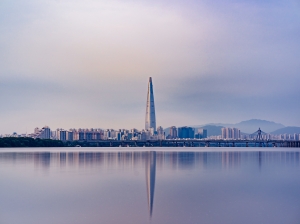 2020 is off to a good start for South Korean fintech unicorn Viva Republica. The PayPal-backed firm received preliminary approval from South Korea's Financial Services Commission for a license to operates its neobank Toss Bank. Toss Bank will be permitted to offer a suite a retail banking services, including current accounts, credit and loan products. Toss Bank is expected to launch in the first half of 2021.

Viva Republica can finally breathe a sigh of relief. The FSC rejected its initial digital banking license application last year on the grounds that it had a problematic ownership structure - ie: a tech company holding a large majority stake - and ability to raise funds. The FSC noted that Toss Bank lost 44.5 billion won in 2018, raising doubts about the neobank's plan to increase its capital more than fourfold in three years. The FSC's point about funding was salient, given the tendency of fintechs to burn through cash without blazing a trail to profitability. Viva Republica evidently revised its fundraising plan in a satisfactory manner on the second go.

Viva Republica launched Toss in 2015 as a peer-to-peer (P2P) money transfer service. Since then, it has expanded into a broader digital banking platform offering more than 40 financial services, including financial dashboard, credit score management and payments. Toss claims 30 million downloads and 16 million registered users, about 20% of the South Korean population.

“Toss has already become the leading financial super app in Korea. With (the) digital bank license, we will be able to broaden our product offering even, so that we can accelerate our mission to innovate the financial industry,” SG Lee, CEO of Viva Republica, said in a statement.

Toss's valuation climbed to US$2.2 billion in August 2019, following a $64 million fundraising round led by Hong Kong-based Aspex Management.

The FSC's approval of Toss should intensify competition in South Korea's banking sector, where demand for digital services is robust. The country is among the world's most connected, with the highest internet speeds globally and a smartphone penetration rate of about 75%. Toss is Korea's third neobank after K-Bank and Kakao Bank.

From January to June 2019, the value of daily money transfers via smartphone apps reached 200.5 billion won, up 60.7 percent from the previous six months, according to the Bank of Korea.

More in this category: « Vietnam pushes for a fintech regulatory sandbox Tonik approved for digital banking license in the Philippines »
back to top