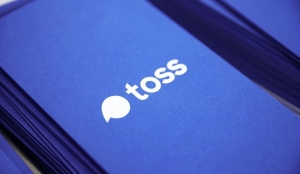 Compared to Kakao and K Bank (the first digital bank in Korea), Viva Republica has taken a slightly different approach to digital finance. Kakao is a super app in the mold of WeChat, going well beyond financial services to include messaging, gaming, entertainment and more. K Bank has partnered with the crypto exchange Upbit and using the virtual currency focus to target a unique customer demographic interested in crypto trading. But Viva Republica is focused on providing a huge suite of financial services (roughly 40 and counting) under the same umbrella.

SG Lee, Viva Republica’s founder and chief executive, recently told Tech Crunch that rather than relying on interchange fees as a primary revenue source, as some neobanks do, “we are focusing on loans, unsecured loans, mortgages, all sorts of loans. We are going to use this vehicle [a model that crunches user data to determine borrower risk] to give the most competitive interest rates to users.” In 2020, online lenders disbursed about 23% of loans in Korea, up from 19% the year before and 8% in 2018, Lee said.

Of course, just because the model uses machine learning and/or artificial intelligence that does not mean it is superior to traditional banks’ risk-scoring techniques. Lee, however, is confident in his company’s technology and approach. He told Tech Crunch that the Korea Credit Bureau backtested Toss’s engine with data from over 2 million users, and that delinquency rates were 30% lower than with traditional banks.

Toss Bank will officially launch in South Korea in September, bringing the number of licensed neobanks in the country to three. By 2025 (the latest date when Viva Republica would go public), Lee expects that Toss will be able to double its monthly users to 20 million and grow revenue to 5 trillion won, up considerably from 400 billion won in 2020. Toss was still in the red last year – posting a net loss of 72.5 billion won – but that was an improvement of 37% from a year earlier.

International expansion will be an important part of Toss’s growth strategy. It claims to have 3 million monthly active users in Vietnam, and intends to increase that number to 5 million by year end. Toss is also keen to enter Malaysia and Japan. To offer banking services such as deposits and lending in those countries, Toss will need either an incumbent partner or a digital banking license (where applicable).

More in this category: « Sea is banking on digital finance to drive its future growth How are Australia’s big four banks responding to digital challengers? »
back to top