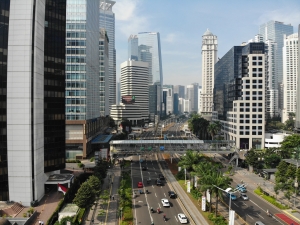 One reason for the expeditious growth of Indonesia's P2P lending sector is that it has attracted a large amount of investment from China, formerly the largest P2P lending market. But widespread malfeasance in the sector prompted a devastating crackdown by Beijing last year. With prospects at home bleak, some Chinese investors exited domestic P2P lending and moved into the business in Indonesia. Data from Refinitiv show that VC deals including a Chinese investor grew more than twofold from 2018-2019, The Financial Times noted in a May report.

Some Chinese-backed Indonesian P2P businesses are struggling, according to The Financial Times. Ant Financial and Qiming Ventures-backed Akulaku was recently suspended from the global P2P lending platform Mintos after it did not promptly repay US$5.1 million in loans from investors. The consumer finance firm Kredit Pintar, whose parent company lends to SMEs in China, has reportedly stopped disbursing loans on a regular basis.

Other Indonesian P2P lenders - several of the largest - are faring much better. In early April, Investree secured US$23.5 million in the first part of its Series C fundraising round, which was co-led by Bank Rakyat Indonesia’s BRI Ventures and Mitsubishi UFJ Financial Group’s venture unit, MUIP. Japan’s SBI Holdings and China’s 9F Group also participated in the new round.

The money will be used to support Investree's growth at home as well as in joint ventures in Thailand and the Philippines. Investree expanded into the Philippines last year by inking a deal with the large conglomerate Filinvest Development Corporation. The Indonesian company will be able to operate at full capacity in the Philippines once it secures a license from the country's Securities and Exchange Commission. In Thailand, Investree is reportedly in the final stages of establishing a tie-up with the local payments giant 2C2P.

Investree's executives have struck an optimistic note on the well-capitalized company's prospects. "Our platform is robust and our financial position secure, thereby enabling us to navigate the current climate with confidence," Investree co-founder and CEO Adrian Gunadi told Tech In Asia.

Also in April, KoinWorks, a P2P lending platform for SMEs, raised US$20 million in debt and equity capital. "We feel confident we can support Indonesia as it makes its way through an economy transformed by Covid-19," Benedicto Haryono, KoinWorks' chief executive officer, said in a statement.

KoinWorks says that it has roughly 400,000 users and a non-performing loan rate of less than 1%, significantly below the average of 2.5% for Indonesia's traditional banks.

More in this category: « How are Xiaomi's digital banking prospects shaping up? Myanmar moves to further open its banking sector to foreign investment »
back to top
© 2007 - 2021 Kapronasia