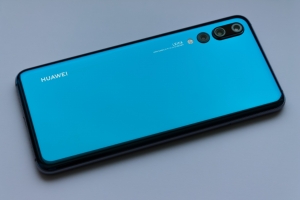 In practice, this would involve placing Huawei on the U.S. Treasury Department's Specially Designated Nationals (SDN) List. Firms on the list are frozen out of the American financial system. It is among the most effective tools the Treasury Department has for countering national security threats, lawmakers say. If placed on the list, Huawei would be in the company of Russia's Rusal, the world's No. 2 aluminum maker, Russian oligarchs, Iranian politicians and Venezuelan drug traffickers.

"Security must be our first priority-especially when it comes to next-generation telecommunications. Companies like Huawei should not be given free rein to infiltrate and monopolize 5G networks. They must be barred from the financial system so that the U.S., our allies, and others are not enabling their nefarious campaign," Cheney said in a statement.

It would be logistically challenging to place Huawei on the SDN list because of its huge global presence. Huawei is the world's largest maker of telecommunications equipment and is present in more than 170 countries. Preventing Huawei from transacting in U.S. dollars would adversely affect any country that already has a significant business relationship with the company. Globally, most dollar payments clear through U.S. financial institutions.

Beyond the difficulties of enforcement, freezing Huawei out of the U.S. financial system would mark the beginning of a full-blown financial war between China and the United States. Thus far, Washington and Beijing have steered clear of that minefield. Legislation that could lead to the delisting of Chinese firms from U.S. stock exchanges has gone nowhere. U.S. President Donald Trump's labeling of China as a currency manipulator last summer was largely symbolic and was withdrawn when the phase-one trade deal was signed. Similarly, Washington has not taken strong action against Chinese banks accused of supporting North Korea's nuclear program.

Adding Huawei to the SDN List could potentially activate a dangerous tit-for-tat in the financial sector between the world's two largest economies. With the coronavirus driving the global economy into recession, the effects would be amplified. Both U.S. lawmakers and the White House surely are aware of that risk.

Meanwhile, we can expect that Beijing will accelerate its efforts to develop a sovereign digital currency. China has long chafed at what it calls "dollar hegemony" and wants a greater role in the global financial system. Efforts to internationalize the renminbi have faltered amidst stalled financial reform. But a digital renminbi operating in a Chinese-run financial system could be the answer. If successful, China might be able to rely less on dollar transactions in the incumbent financial system, rendering U.S. financial sanctions on its companies ineffective.