Toss Bank off to a fast start, with a few caveats 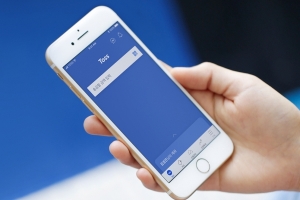 In early October, Toss Bank finally went live in South Korea. The process took several years and hit a few bumps in the road. The country’s third digital lender had to reapply for a digital bank license after its initial application was rejected in May 2019. Regulators gave Toss preliminary approval in December 2019, but nearly two more years were required before it could launch. As it turns out, Toss is entering the market amid the first real fintech crackdown in South Korea, which has important implications for its growth trajectory.

Compared to its competitors Kakao Bank and K bank, both which were launched in 2017, Toss is entering South Korea’s digital banking market at a more difficult time. The former two firms had no digital competitors other than one another when they launched. While K bank ran into capitalization problems early on and had to suspend operations for a while, Kakao Bank encountered very few difficulties prior to going public.

Fintech firms are under greater scrutiny now as South Korean regulators look to rein in big tech. While Toss has solid fundamentals, including a large userbase (1.7 million users registered before its launch) and a would-be financial services super app offering dozens of services, it must figure out how to thrive in a strict regulatory environment.

For instance, on Oct. 14 Toss said it would suspend new loan issuance through year-end, although it had only launched on Oct. 5. From a business perspective, the move seemed odd, but Toss did not have much of a choice. When it applied for a digital bank license in 2019, Toss agreed to a lending limit of 469 billion won in its first year of operation. Yet it lent roughly 500 billion won within 10 days of its launch. Almost 300 billion won, or 60% of the firm's loan allotment, was lent out in just four days.

“The decision is made to comply with the government’s household debt stabilization policy and also after taking into account all the market conditions,” an official from Toss Bank told The Korea Herald.

The Korean government is keen for digital lenders to improve credit access for so-called “thin filers,” (which Toss has explicitly promised to serve) but at present it is more concerned about rising household debt. According to The Korea Herald, the country’s household debt had reached 1,052 trillion won ($888 billion) as of the end of August, up 6.5 trillion won from 2020.

While the government’s concerns are reasonable, applying the same regulations to digital lenders as incumbents could clip the digibanks’ wings. One of the key reasons that the digital lenders went through all the trouble to get licensed is that they see strong potential to generate income from lending. With restrictions on that business, they will be likely to grow at a much slower pace. As the newest arrival in the market, Toss will be most affected and will need to rejig its business strategy.

More in this category: « Malaysian incumbent banks prepare for the arrival of digital challengers Indonesia embraces digital banking »
back to top