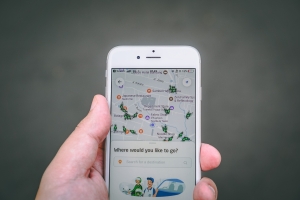 Gojek calls itself a super app on its website, but the reality is more nuanced. Can an app with limited stickiness be "super?" Indonesians use Gojek to hail rides, order food and sometimes pay for transactions. It is not yet their go-to choice for communication or entertainment.

To date, WeChat is the only platform to truly put the "super" in "app." The Tencent-owned company rocketed to stardom as a social network. Only after it had conquered Chinese social media, and become a key content platform that attracted advertisers, did WeChat venture into digital banking. Its digital wallet became ubiquitous because Chinese consumers already relied on WeChat for communication and entertainment. It was easy to persuade them to spend more time in the app.

Joining forces with Facebook and PayPal could be a game changer for Gojek though. Indonesia has 130 million Facebook users (nearly half of the country's population), making it the U.S. social network's third largest market after India and the United States. There are also 100 million WhatsApp users in Indonesia. Together, Facebook and WhatsApp offer Gojek the social network and messaging capabilities that could make it the one indispensable app on the smartphones of Indonesian users.

For its part, PayPal brings a global payments network to the table that expands GoPay's reach significantly. If the GoPay digital wallet and PayPal are integrated seamlessly, GoPay's customers can use the digital wallet widely outside of Indonesia - most likely across the Asean countries. It could become the primary way that Indonesians pay for transactions overseas, just like Alipay and WeChat Pay for Chinese consumers. In a statement, PayPal said that its "payment capabilities would be integrated into Gojek's services," enabling its customers to use GoPay at PayPal merchants worldwide.

Looking ahead, Gojek plans to also focus on the SME segment in digital banking. “With this collaboration, we will continue to speed up digital economy inclusion, especially when the majority of SMEs in Southeast Asia still rely on cash transactions," Gojek’s co-CEO Andre Soelistyo in a statement.

While this tie-up augurs well for Gojek, the company's loss-making ride-hailing business remains a problem. As long as Gojek has to keep spending heavily to subsidize passengers, its monetization potential will be limited. That's a problem WeChat never had, having begun as a messaging app with limited operational costs. Gojek must find a way to make ride-hailing pay or leave the business altogether. Otherwise, profitability and an ensuing exit strategy will remain elusive.

More in this category: « Cambodia faces mounting money-laundering problems Can South Korea's K bank stage a comeback? »
back to top