There's an upside to less fintech funding in Asia 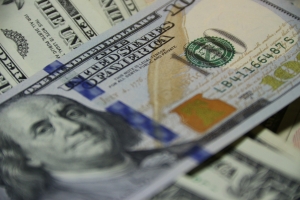 Recent media reports highlight falling fintech funding in Asia, citing new research by CB Insights. CB Insights reckons that Asia's fintechs will raise about US$4 billion this year, compared to more than US$23 billion last year. Ostensibly, it looks like a fintech winter is upon us, or at least a chilly autumn.

China's regulators have also cracked down hard on specific fintech segments like crypto and peer-to-peer lending. Investors are less likely to back a startup whose business could soon be declared illegal.

Taking a closer look at the data, we find that the fintech fundraising situation in Asia is not uniform and has not slowed as drastically as the overall numbers suggest. In 2018, Asia raised almost US$23 billion in fintech investment, but US$14 billion came from Ant Financial's Series C mega-round, the largest ever individual fundraising round by a private company. Total fintech investment in Asia last year excluding Ant's Series C round was a more modest US$8 billion.

Meanwhile, where demand is strongest in Asia, fintech is growing. With the exception of Singapore and perhaps Malaysia, Southeast Asia has a more pressing need for financial inclusion than China. The region has also been less adversely affected by the trade war. That's why fintech investment in Southeast Asia reached a record US$701 billion through September, compared to US$578.5 million during the same period a year earlier.

Singapore, which fintechs use a base for the greater Asean region, attracted a record US$735 million in fintech investment in the first nine months of the year, an increase of 69% from US$435 million a year earlier, according to Accenture. Series funding rose 66% to US$442 million from January to September.

"It’s encouraging to see the local startups financing their global growth from Singapore," Sopnendu Mohanty, chief fintech officer of The Monetary Authority of Singapore (MAS), said in a statement. He added that global fintech firms with regional headquarters in the Lion City recently raised "sizeable funds" to support regional expansion.

More in this category: « How will open banking affect financial services in South Korea? Will the Hong Kong fintech sector continue to grow in 2020? »
back to top