The sky may be the limit for Philippine digibanks 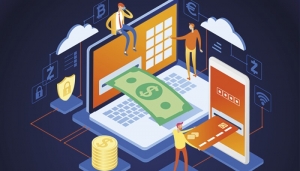 While digital banks are all too often hyped, in the Philippines’ case online lenders truly have a large market opportunity. Incumbents have limited reach and there is a large unbanked population, estimated at 47% of adults (31.5 million people) as of early 2021 by Bangko Sentral ng Pilipinas (BSP), the Philippine central bank. Of the 53% with bank accounts, there is undoubtedly a considerable underbanked population. The Philippine digibank Tonik reckons that the country’s retail savings market is valued at up to US$140 billion and its unsecured consumer lending market at US$100 billion.

Further, the archipelago geography of the country (2,000 inhabited islands) is conducive to branchless banking. While metropolitan Manila has an extensive branch network, the country’s vast rural hinterland does not. Nearly 58 million Filipinos live in rural areas.

At the same time, smartphone penetration in the Philippines is steadily increasing. There were 79 million smartphone users in the country in 2020, according to Statista.

Finally – and crucially – digital banks in the Philippines enjoy a high level of regulatory support. Because digital banks can play a large role in financial inclusion, Philippine regulators – once they made up their minds that the country needed online lenders – fast-tracked their launch compared to their counterparts in more developed markets like Hong Kong, Singapore, and Malaysia.

BSP hopes that digital banks can help it reach an ambitious financial inclusion milestone relatively soon. In February the Philippine central bank rolled out an updated National Strategy for Financial Inclusion (NSFI) 2022-2028. As part of the strategy, the BSP aims to expand the number of financially included to 70% of Filipino adults by 2023.

“This signifies our greater collective commitment and aspiration for a more financially included and empowered citizenry. It takes a deliberate stance to address the significant disparities in financial inclusion levels across demographics and segments,” BSP Governor Benjamin E. Diokno said in a statement.

After approving a digital banking framework in November 2020, BSP issued six licenses within roughly one year. Notably, and in contrast to most other markets in Asia, the winners included three pure-play digital lenders, all headquartered in Singapore: Tonik Digital Bank, UNO Digital Bank, and GoTyme. Incumbents Overseas Filipino Bank (OFBank), a unit of state lender Land Bank of the Philippines, and UnionBank won two of the licenses, while Tencent-backed Maya Bank also was awarded a license. Though other applicants hoped to win a license, BSP decided to cap the number at six through October 2024 to allow time to observe the performance of the first generation of digibanks and their effect on the country’s financial services market.

The Philippines’ three pure-play digibanks each have certain strengths. Tonik Bank, which is backed by Sequoia India, has some familiarity with the Philippines' large rural market as it began as a licensed rural bank in early 2020 before transitioning to a full digital banking license last year. Tonik has sought to quickly attract customers by offering high-interest rates on term deposits, with a maximum of 6% on six-month terms. Its “stash” products enable at least three people to put money in a shared stash and earn as much as 4.5% interest per annum. Tonik says that it reached US$20 million in customer deposits in its first month of operation and US$100 million in the eighth.

In February, Tonik closed a US$131 million Series B funding led by Japan’s Mizuho Bank, which bought roughly 10% of the online lender’s shares for US$60.6 million. Tonik’s leadership believes the partnership with Mizuho will provide it with greater access to the international wholesale funding markets and world-class managerial talent.

UNO Digital Bank is taking a somewhat different approach than Tonik, with the Philippines serving as the pilot site for a “credit-led full-spectrum digital bank” that UNO intends to launch throughout South and Southeast Asia. While most digital lenders talk a good credit game, UNO appears particularly focused on credit products, noting that the Philippines has low consumer credit to GDP penetration.

GoTyme is the most unusual of the three pure-play digibanks, having begun in South Africa as Tyme in 2019. It gained a strong following quickly by undercutting incumbents on fees and signing up customers through in-store kiosks in a large supermarket chain. Measured by account numbers, Tyme is one of Africa’s most successful digibanks, claiming to have signed up almost 3 million customers in its first two years of operations.

Unsurprisingly, Big Asian Tech is also represented among Philippine digibanks, though not as overtly as in neighboring economies. Maya Bank (formerly PayMaya) is the sole licensed online lender to be backed by a massive platform company, in this case, Tencent. In recent years, Maya Bank has steadily built up its userbase, which has reached 47 million people. As of late 2021, it had 250,000 digital finance access touchpoints (such as convenience stores), where users can top up their accounts. Since these touchpoints are more prevalent than ATMs and physical bank branches, Maya Bank’s services are more accessible than those of traditional banks in the Philippines’ rural areas.

Long a main rival of Maya Bank, Alibaba-backed Mynt, operator of the GCash e-wallet, is pursuing a different strategy than the Tencent-backed firm. GCash is foregoing a digital banking license and instead choosing to rely on a network of partners to offer most of its banking services.

“Even without the digital banking license we are already able to offer a full suite of financial services,” Mynt CEO and president Martha Sazon said in November, adding that GCash’s strategy allows it to be “more flexible - whether we want to originate our own loans or partner with other banks.” The loans GCash can offer independently max out at 25,000 pesos (about US$480).

While that business model may allow GCash to offer a broader selection of services, its operational costs will also be higher than licensed digital lenders. This could make profitability – never an easy milestone for a digibank to reach – elusive for GCash.

Meanwhile, in mid-May Deal Street Asia reported that Singapore’s Sea Group would likely launch a digital bank in the Philippines in June. Given that the BSP said it would not issue any additional digital banking licenses until 2024, then Sea would need to acquire a banking license through a partnership with an incumbent lender to begin operations earlier.

The challenge for incumbents

Incumbent banks in the Philippines face a stronger challenge from digital upstarts than many of their counterparts in neighboring economies. In particular, incumbent banks have limited capability to fulfill credit demand. Just 1 in 3 Filipino adults have loans, 18% of which are estimated to be provided by banks. There is plenty of opportunity in the MSME segment too. While MSMEs employ 62.8% of the Philippine labor force, just 24% receive loans or have lines of credit from a formal financial institution.

With that in mind, if digital banks can disburse loans more effectively than incumbents and tailor product offerings for their target market, they will likely be able to grow a significant market share. The Economist Intelligence Unit (EIU) even expects online lenders to eventually surpass incumbents, becoming “the primary bank of choice for customers.”

To be sure, incumbents still enjoy the typical advantages of high customer trust and a large existing customer base. Many Filipinos also remain reluctant to entirely forego face-to-face transactions in banking, which they see as integral to establishing trust in a banking relationship.

One solution that may allow incumbents to better compete against pure-play and Big Tech-backed online lenders is to create digibanks of their own. This is the strategy of UnionBank and Overseas Filipino Bank (OFBank), a unit of state lender Land Bank of the Philippines. Both UnionBank and OFBank have secured digital banking licenses. Emmanuel Hilado, UnionBank’s chief financial officer, told Nikkei Asia last November that the digital spin-off would “allow us to let go of the old ways of thinking about banking … and compete with the fintechs.”

We expect more Philippine incumbent banks to launch digital subsidiaries, even if they must wait until 2024. The vast majority are in stable financial condition and can afford to wait.

The next to reinvent itself as a digibank will likely be Rizal Commercial Banking Corporation (RCBC), which received a US$93.9 million investment last year from Sumitomo Mitsui Banking Corp. to support its digital transformation. RCBC has shut dozens of branches since the onset of the pandemic and its CEO Eugene Acevedo has described digital banking as “the way forward.”

More in this category: « Will digital banks be disruptive in Thailand? Is GoTo on the right track? »
back to top