The Philippines remains on FATF's gray list for now 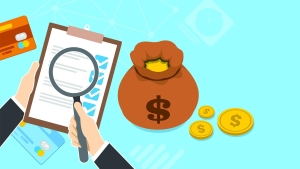 The Philippines recently experienced a setback in its fight against financial crime: The Financial Action Task Force (FATF) declined to remove the Southeast Asian country from its grey list, on which it was placed in June 2021 for having inadequate money-laundering and counterterrorism financing controls. After a two-day plenary in October, Paris-based FATF decided to keep the Philippines on the list along with 22 other jurisdictions.

In explaining its decision, FATF noted that the Philippines has made some improvements in the strategic deficiencies that caused it to be placed on the gray list. These include taking some steps to boost its AML/CFT regime, notably in the non-profit organization sector and implementing supervision for targeted financial sanctions.

However, FATF believes the Philippines must take more comprehensive action before it can be removed from the gray list. It called on Manila to show that effective risk-based supervision of designated non-financial businesses and professional (DNFBPs) is occurring and that supervisors are using AML/CFT controls to mitigate risks associated with casino junkets. Further, it wants to see the Philippines improve the access of law enforcement agencies to beneficial ownership information, show it is using financial intelligence more, and demonstrate an increase in money laundering and terrorism financing investigations and prosecutions.

The Philippines did recently take some tentative steps to address financial crime risks in its troubled casino gaming sector. In September, some Chinese staff members of its online gambling sector were required to repatriate, while thousands of other Chinese working illegally in the Philippines may be deported. The industry is notorious for money laundering, but also has seen more serious crimes, including kidnapping, torture and murder.

Philippine Finance Undersecretary Cielo Magno told lawmakers in October that a total Pogo shutdown would result in nearly 65 billion pesos (US$1.1 billion) worth of losses in terms of rental income, revenue and personal consumption by Pogo employees. However, she also noted that Pogo-related crimes directly impact foreign direct investments, explaining that “one crime incidence in every 100,000 population can result in a GDP decline of one per cent.”

It is hard to see the Philippines being able to exit FATF’s gray list without comprehensively addressing the problems in the Pogo sector – even if that does not mean an immediate shutdown of the industry. It might be best for Manila to gradually phase the sector out, starting with shutting down the overtly illegal operations.

The actual economic impact could turn out to be quite manageable as well. Data compiled by the Philippine government show that the combined inflow and outflow of Pogo funds only amounted to 54 billion pesos (US$915 million). Inflow was just seven billion pesos (US$118 million), showing most of the industry’s money is leaving the country.

More in this category: « What are the prospects for Trust Bank? Hong Kong's evolution as a financial center continues »
back to top