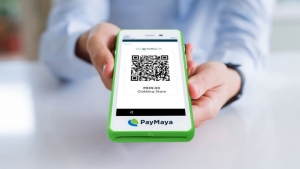 One good unicorn deserves another. Just five months after the Philippines minted its first fintech unicorn – and indeed first private company to hit a US$1 billion valuation – it has produced another. While the first unicorn was Alibaba-backed Mynt, operator of the GCash e-wallet, the latest one is Tencent-backed Voyager Innovations, which operates the digital wallet PayMaya.

PayMaya announced on April 12 that it had reached a valuation of $1.4 billion following the latest funding round led by new investor SIG Venture Capital. Existing shareholders U.S. fund KKR, Chinese tech titan Tencent, World Bank affiliate IFC and PLDT, the Philippines' largest telecom, also participated. Not too shabby, but not quite the “double unicorn status” of Mynt, which is valued at US$2 billion.

Measured in terms of users, PayMaya also trails GCash. The former says it has 47 million while the Alibaba-backed firm claims to have 55 million.

That said, PayMaya has a key advantage over GCash: The Tencent-backed firm obtained a digital banking license from the Philippines central bank BSP. With that in mind, it plans to launch Maya Bank soon as well as expand into cryptocurrency, micro-investments and insurance. GCash is choosing to rely on a network of partners to offer most of its banking services. While that strategy may allow GCash to offer a broader selection of services, its operational costs will also be higher than PayMaya’s.

Akshay Bajaj, who led the investment for SIG said in a Voyager press release that PayMaya has the Philippines’ “most complete and unified fintech ecosystem.” He added: “Leveraging PayMaya’s distribution strength with enterprises and consumers, Maya Bank has the potential to be one of the most successful digital banks not just in the Philippines, but globally.”

We are not sure about globally, but the domestic PayMaya ecosystem is well developed. As of late 2021, it had 250,000 digital finance access touchpoints (such as convenience stores), where users can top up their accounts. Since these touchpoints are more prevalent than ATMs and physical bank branches, PayMaya’s services are more accessible than those of traditional banks in the Philippines’ rural areas.

It is important to note that this is not a winner-take-all situation. The Philippines is a deeply underbanked market that owing to its unique island archipelago geography (not ideal for physical bank branches) and state of development, is particularly receptive to online lenders. Half of the adult population remains unbanked. About 47% of Filipino adults do not have savings, and of those with savings, one in two save via informal means. Only 1 in 3 adults have loans, of which a mere 18% are availing from banks.

There is plenty of opportunity in the MSME segment too. Though they employ 62.8% of the country’s labor force, just 24% receive loans or have lines of credit from a formal financial institution.