Thailand signals that it will move forward on digital banks 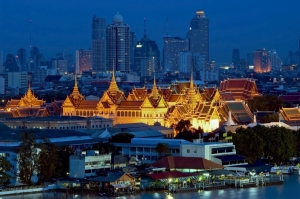 Thailand has never been in a rush to introduce digital banks. After all, the kingdom is neither a financial center like Hong Kong or Singapore, nor does it have a huge unbanked population likes Indonesia and the Philippines. About 81% of Thais have a bank account. However, it is possible that introducing online banks could improve competition in Thailand’s financial sector – and that appears to be one of the key goals of the Bank of Thailand (BoT) as it moves forward on digital banks.

Thai regulators are following the script to a certain degree on digital banks. In mid-October, the BoT said it would hold a public hearing about virtual bank licensing in early 2023 and mentioned the potential for digital lenders to boost financial inclusion. They could, but the unbanked market in Thailand is of modest size – roughly 13.3 million people. To be sure, many more Thais are “underbanked” but that metric is rather malleable and tends to be trotted out as a reason to introduce digital banks.

One advantage of Thailand’s slow and steady approach to digital banks is that it has the chance to study how they play out in other Asian economies. The Bank of Thailand studied virtual bank models in several countries, including Singapore, deputy governor Ronadol Numnonda said in October.

One of the disappointing aspects of digital banks in many Southeast Asian countries has been the lack of startups winning licenses. On the contrary, Big Tech, incumbent lenders, telecoms giants and conglomerates are dominating digital banking in Southeast Asia, with the exception of the Philippines. In Singapore, tech giants Grab, Sea and Ant Group won three of the four licenses. In Malaysia, Grab and Sea were part of consortia that won licenses, while in Indonesia the country’s powerful conglomerates are teaming up with Big Tech to rejig traditional lenders as digital ones.

It is unlikely that Thailand will break significantly from this strategy, as its regulators are ambivalent about disruption of the banking sector like their counterparts in the region. The BoT will not allow financial institutions with commercial banking licenses to apply for virtual bank licenses. However, entities under a commercial bank group but which do not currently possess a banking license can apply for a digital one.

What that likely means is that some familiar incumbent names will appear among Thailand’s digital banking license applicants. In fact, they have already signaled their interest. According to Thai media, Arthid Nanthawithaya, chief executive of SCB X, Siam Commercial Bank's holding company, said the group was keen to apply for a virtual bank license which the lender believes will allow it to explore greater business opportunities. He said SCB X will wait for the licensing launch before deciding whether a subsidiary will apply or to set up a new entity to obtain the license. Kattiya Indaravijaya, chief executive of Kasikornbank (KBank), that KBank is interested in applying for a license to expand into new businesses and customer segments "in line with the digital era."

More in this category: « How will being placed on the FATF blacklist affect Myanmar? What are the prospects for Trust Bank? »
back to top