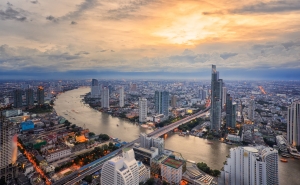 2019 could be the year of the securitized token. In February, Thailand became the latest country to amend regulations to pave the way for tokenized stocks, bonds and mutual funds on the blockchain. The tokenized platform is likely to be implemented this year, according to Tipsuda Thavaramara, deputy secretary-general of Thailand's Securities Exchange Commission.

Tokenizing securities could be a watershed in the financial services industry, freeing up investors to manage their own assets rather than allocating that responsibility to a custodian. Asset flow would accelerate without the restrictions imposed by third parties. Meanwhile, the tokens could eventually be capable of paying dividends, handling convertible debt and doing credit default swaps.

Under Thailand's new amendment, firms operating depositories of securities and digital tokens can apply for a depositories license. Tokens that grant holders rights similar to stocks, bonds or mutual funds will be considered securities. Repaying a token's interest and principal will become a debt instrument.

Thailand's SEC will decide whether a securitized token is governed under the current Securities Act or Royal Decree on Digital Assets. Reportedly, that decision will depend on the rights and obligations of a specific token.

Analysts say that traditional exchanges, keen to tap blockchain opportunities, are weighing options to make tokens more liquid. If the first mover makes money from securities tokens, it could well set off a domino effect.

More in this category: « Hong Kong virtual banks now a reality South Korea ramps up fintech development »
back to top