Taiwan wants to regulate finance more than grow the industry 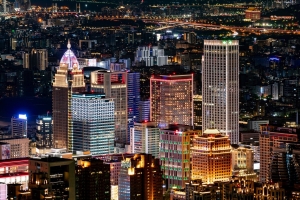 Taiwan has had no shortage of opportunities to become a regional financial center. Most recently, Hong Kong's business environment declined markedly, prompting calls in Taipei to attract financial business from the former British colony. That will not happen though. Taiwan's regulatory environment is too restrictive. The business that leaves Hong Kong will instead go to Singapore and Tokyo.

In December, Taiwan's Financial Supervisory Commission (FSC) said that it had uncovered embezzlement of funds at banks' wealth management businesses totaling NT$320 million in 2020 and NT$448 million in 2019. These amounts are about 10 times than what the FSC found between 2016 and 2018. However, at least in 2020, nearly half of the embezzled funds that the FSC discovered was at one bank: E Sun. An E. Sun employee stole NT$140 million from his clients over a seven-year period.

The FSC slapped a record NT$20 million fine on E. Sun, following a hefty NT$12 million in February for a similar incident. It also urged the bank to boost management accountability, employee training and board oversight. To be sure, this could strengthen corporate governance.

But as it frets about wrongdoing at banks, the regulator also runs the risk of stymieing whatever modest momentum exists to grow the wealth management sector. The Taiwanese government launched an initiative a year ago that allows banks to create new financial products and services for wealthy investors. The initiative targets Taiwanese elites who stash their wealth offshore. Of course, the main reason they do that is because they can find more attractive financial products elsewhere, not become an imminent risk of their money being embezzled by financial advisors in Taiwan.

Meanwhile, Taiwan's virtual banks, originally set to launch in July, have still not gone live. The delay is remarkable given that the pandemic can no longer be blamed for it. Taiwan has corralled the coronavirus, with no community transmission since April and in total under 800 cases in a population of 23 million.

Of the three virtual banks, Rakuten International Commercial Bank has obtained its operating license, but the other two, Next Bank and Line Bank, have yet to apply. Before it can go live, Rakuten must connect its information-flow and fund-flow systems with the central bank, the Central Deposit Insurance Corp. and other agencies.

The FSC's message for the digibanks has been stern. Chairman Thomas Huang said in December that the regulator would not permit them to undercut their incumbent competitors on price for long. “It is tolerable for the virtual banks to offer better rewards or prices shortly after they begin operating, but we would not allow them to make it a long-term strategy,” Huang said.

More in this category: « Xinja reaches the end of the line Why did Gojek invest US$160 million in Bank Jago? »
back to top