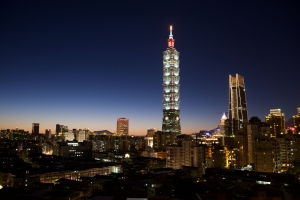 With 37 retail banks for a population of 23.5 million, Taiwan is not the easiest market for digital banks to crack. Just about every Taiwanese adult has a bank account; in fact, many have more than one because of the tendency of companies in Taiwan to require employees to open a bank account with the company bank. Nevertheless, near ubiquitous smartphone penetration and the popularity of certain platform companies’ ecosystems offer digital banks an opening in Taiwan, especially given the effect of the pandemic on people’s banking habits.

Taiwan was largely Covid-free for the first 16 months of the pandemic, but in May the virus breached its defenses and caused a serious outbreak. While Taiwan had the situation under control by July, the sense of safety that had prevailed prior to the outbreak is gone and Taiwanese are rethinking their previous affinity for cash and in-person banking.

Taiwan’s incumbent banks are notorious for their conservatism, with opening hours set at 9am-3:30pm, almost no bank branches open on weekends and mounds of paperwork required for most transactions. They also are sticklers for collateral when it comes to a loan and those who cannot put up property are often out of luck if they want to borrow from a bank.

Prior to the local Covid outbreak, there was no impetus for change, and although Taiwan’s Financial Supervisory Commission (FSC) approved three digital banks to operate (LINE Bank, Next Bank and Rakuten Bank) in 2019, it was unclear how well they would fare against entrenched incumbents.

Now it looks like the digital lenders all have a good chance to build some market share, especially with younger customers eager for a digital-first banking experience. It is not necessarily a zero-sum game, as the digital banks appear willing to work with incumbents in some cases. For instance, earlier this year Japan’s LINE Bank said that it would collaborate with 10 local banks to offer lending services to its users with the banks determining interest rates and approving loan applications.

For its part, Rakuten Bank, a subsidiary of the Japanese e-commerce giant, also plans to work with a local partner. But instead of an incumbent bank, Rakuten is choosing to team up with Pi Mobile, a subsidiary of PChome, one of the largest e-commerce platforms in Taiwan. Rakuten Bank said in May that it would integrate the Pi Mobile e-wallet with its banking app. The cashless service is available online as well as in brick-and-mortar outlets such as supermarkets, convenience stores, department stores and pharmacies.

Pi Mobile has about 1 million users and more than 350,000 stores in Taiwan accept the e-wallet, according to PChome.

More in this category: « AirAsia’s super app project may have wings Why is the Philippines back on the FATF grey list? »
back to top