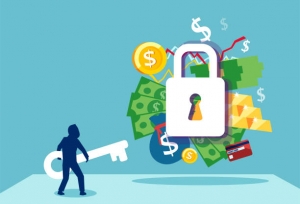 The digitization of financial services in Taiwan has dovetailed with rising online scams, but compared with many other economies, Taiwan did not experience a surge in such illicit activity for most of the pandemic. The reason is that Taiwan adhered to a de facto zero-Covid policy that kept infections down for more than two years. It was only in the past few months when the hyper-infectious omicron variant penetrated Taiwan’s defenses amid a wobbly global macroeconomic environment that online financial crime began to skyrocket.

For a scammer, the Taiwanese population is ideal in certain respects. Taiwanese are dedicated savers – the national savings rate hit a 32-year high of almost 36% in the summer of 2020 – and they are greying, with many elderly people who make for easier victims than their younger counterparts. About 16% of Taiwan’s 23.5 million people are elderly and that figure will reach 20% by 2025, making Taiwan a “super-aged” society.

Of course, not all of the scam victims are elderly, especially the stock investors who are being bilked on messaging apps like Line, which has about 21 million users in Taiwan. According to investigations by Taiwanese police, investment fraud cases have risen sharply amid a difficult environment for retail investors. Surging Covid cases in Taiwan (reaching a peak of more than 90,000 a day) have cut into people’s income, both active and passive. Further, Taiwan’s stock market has been performing poorly, in line with the global trend. Inflation is also making people feel poorer, though the 3.38% rate in Taiwan is much less severe than in Europe or the United States. Fraudsters have lured in desperate victims with slogans such as “high profits” and “steady profits with no losses,” police say. They often solicit their victims in private Line chats.

From March to April, Taiwanese police recorded 14 investment fraud cases with losses totaling NT$241.3 million. One middle-aged man surnamed Lin, who works in the southern city of Kaohsiung as an engineer, was defrauded out of more than NT$2 million. He lost the money after joining a stock investing group on Line allegedly made up of more than 60 members. A female surnamed Lee reportedly persuaded Lin to join the group, and true to her word, Lin made money from his stock investments, following the instructions of the group’s “teacher” Chang, who ordered Lin to remit money to him in installments, totaling NT$2.6 million. Lins was told these remittances were a requirement for receiving the “teacher’s” stock tips.

Lin apparently did not find this strange, because he did make money from his stock trades under Chang’s tutelage. In total, Lin’s stock profits reached NT$1 million. However, when he tried to withdraw the money from his account, he was told by customer service that he violated the rules by trying to withdraw the money without the “teacher’s” permission. At that point, Lin realized he had been swindled.

Online fraud can be difficult for police to combat in Taiwan because it is increasingly occurring in private Line messaging groups and what may appear to be a fraudulent scheme is sometimes just spam; not every so-called "financial advisor" is engaged in illicit activity.

Taiwanese authorities do appear to be taking the problem seriously though. Under the Global Cooperation and Training Framework (GCTF) together with Australia, Japan, the U.S. and Slovakia, Taiwan recently participated in a workshop dedicated to fighting cybercrime that included about 300 law enforcement officials from 32 countries.

Tags:
More in this category: « P2P lending in Indonesia has a way forward Will digital banks be disruptive in Thailand? »
back to top