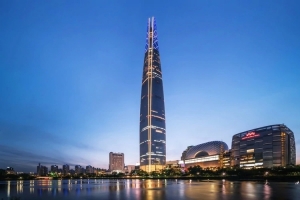 South Korea’s fintech crackdown has delayed Kakao Pay’s IPO and likely will force the company to do some restructuring to meet regulatory requirements. Kakao Pay’s parent company has also felt regulatory ire. Yet Kakao Bank, the digital bank unit of the platform company, has continued to perform well, as have its competitors K bank and Toss.

South Korea’s digibanks may ultimately shrug off the country’s fintech crackdown, which is aimed not at fundamentally rewriting the rules of the game – as is the case in China – but rather ironing out some of kinks in the competitive landscape while ensuring that fintechs have the requisite licenses for any services they offer. Moreover, China and South Korea have very different political systems and economies. While Beijing can to some degree pull the plug on Chinese fintech giants and then rewire them, such an approach would not work in South Korea.

Kakao Bank went public in early August with great fanfare and has grown expeditiously since. By the end of August, deposits increased to 27.8 trillion won, up about 580 billion won from a month earlier, while the number of customers increased 250,000 to 17.17 million. And despite the fintech crackdown, Kakao Bank’s share price has only declined about 6% since its IPO.

K bank, South Korea's first neobank, had customer deposits of 11.5 trillion won as of the end of August, up 830 billion from a month earlier. K bank’s annual interest rate of 1.4% on one-year term deposits is the highest among South Korean lenders, according to Yonhap News Agency.

Toss has signaled its intention to grow quickly, even if it burns a pile of cash in the process. In early August, Toss announced it would scrap transfer fees, promising Toss users “free transfers for life.” Previously, up to 10 transfers were gratis and thereafter cost 500 won each.

Toss is also betting big on the thin filer market to whom it reportedly plans to offer 164 billion won in loans. By year-end, the company intends for the thin-filer market to account for about 35% of all loans.

“Unlike other banks, it is the mission of internet banks to offer loans to the disadvantaged,” a Toss official told The Korea Herald, adding that the company has gathered data from more than 20 million users to establish a credit scoring system "that thoroughly assesses the borrower’s solvency."

More in this category: « New regulations could be boon for digital banking in Indonesia Singapore sees sharp rise in online financial crime »
back to top