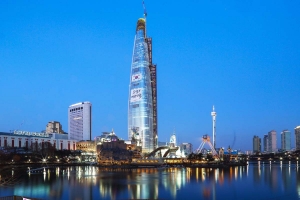 South Korea only has a handful of prominent fintechs, but they are still managing to give incumbents a bank a run for their money when it comes to online banking services. Chief among them is Kakao Bank, with 14.1 million users (more than ¼ of South Korea’s population) as well as K bank and Viva Republica’s Toss, which will launch a digital bank later this year. With the rising popularity of digital banking, South Korea’s traditional lenders are mulling launching neobanks of their own.

At their best, fintechs disrupt financial services in a positive manner, giving more people convenient access to a country’s financial system and putting pressure on incumbents to up their game. To be sure, the upstarts squeeze incumbents on price, but the best fintechs do not rely on simply being “cheaper” to succeed.

In Korea’s case, traditional banks are struggling to compete with the fintechs’ slick apps, which offer a suite of financial services under one convenient umbrella and are immensely popular in the ultra-connected country. Indeed, South Korea has the world’s highest internet connection speed (almost triple the global average) and smartphone penetration, which is roughly 95%.

According to analytics firm AppAnnie, users of South Korea’s top five mobile fintech apps used the apps on average 225 times a month in 2020, while for the top five apps of traditional lenders that figure was just 25. That gap between users of fintech apps and traditional banking is likely the largest globally.

The pandemic has helped accelerate South Korea’s transition to online banking, from mobile payments to micro-investing to stock trading. The time South Korean spent on stock trading apps last year rose 120%, compared to a 55% global average, AppAnnie found. For its part Kakao Pay Securities, a digital brokerage under Kakao Pay, offers a product that allows users to to put leftover change in ETFs. It is aimed at the youth market.

Meanwhile, the combined annual net profit of 10 Korean banking groups in 2020 fell 0.8% to 15.1 trillion won, according to the Financial Supervisory Service (FSS). Korea’s incumbent banks have responded to the arrival of digital challengers by reducing fees, which, along with the impact of the pandemic, have hit the banks’ bottom lines.

With that in mind, the incumbents may launch digital banks of their own. According to The Korea Herald, the Korea Federation of Banks, a body that represents commercial lenders in South Korea, recently received a joint message from the largest Korean banking groups (including KB, Shinhan, Hana, Woori and NH) expressing their intention to launch neobanks – provided they receive the green light from regulators.

More in this category: « DBS posts record earnings in first quarter Why did OCBC have a sterling Q1? »
back to top