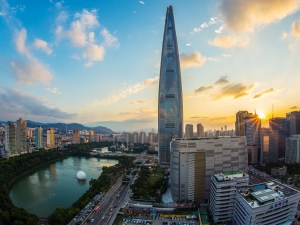 Toss has benefited from an open banking system the Korean government adopted in late 2019 that reduced commission payments to banks to 1/3 of the previous cost, Lee told Bloomberg in a May interview. Toss's revenue has increased sixfold in the past two years, he added. Toss was valued at US$2.4 billion in its most recent fundraising round and has raised a total of more than US$350 million.

In December, however, the FSC accepted Viva Republica's new application for an online banking license after the fintech unicorn adjusted its ownership structure and fundraising plans. With the license, Toss Bank will be permitted to offer a suite a retail banking services, including current accounts, credit and loan products.

When Toss Bank launches, competition in South Korea's nascent digital banking segment will intensify considerably. There are only two other online banks, K bank and Kakao bank. Each of those firms has its respective strengths, but neither offers as broad a suite of services as Toss. The Seoul-based company offers about 40 different services at present, among them financial dashboard, credit score management and payments. It claims 30 million downloads and 16 million registered users, about 20% of the South Korean population.

In the future, Toss plans to offer securities brokerage services and loans to both retail customers and SMEs. Viva Republica CEO Lee reckons the South Korean market has a strong appetite for a frictionless, digital-first version of these services. Lee plans to raise about US$200 million from investors to fund Toss's growing suite of digital financial services.

At the same time, Toss is exploring new markets. It has 300,000 monthly active users of a reward service in Vietnam that provides financial incentives for completing specific tasks. It is also reportedly mulling expansion to other Asean countries and Japan.

Should Toss become successful as a digital bank, its strategy could be instructive for other neobanks: Focus on serving customers at home first with a wide array of services - and making that business profitable. Then worry about full-on international expansion.

More in this category: « Myanmar moves to further open its banking sector to foreign investment How is COVID-19 affecting Grab's fintech ambitions? »
back to top