South Korea's Toss Bank is in the money 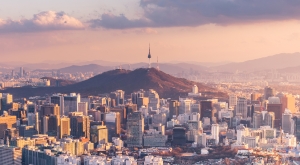 After a rocky 2019, South Korea's Toss has performed strongly thus far in 2020. Despite the pandemic, Toss broke even for the first time in April. In late August Toss's parent company Viva Republica announced it had raised US$173 million, bringing its total war chest to US$560 million and its valuation to US$2.6 billion. Investors in the fundraising round include Aspex Management, Kleiner Perkins Digital Growth Fund, Altos Ventures, Goodwater Capital, and Greyhound Capital. Toss will use the cash to support the next stage of its expansion.

Toss's goal is to create a super app for digital banking, with all of the financial services customers could possibly want available in the same app. Toss sees a large opportunity in South Korea's mid-interest-range loan market, where it plans on using proprietary user data to lower delinquency rates for subprime credit lending. The app will also crunch user data to offer customers tailored product recommendations from banks as well as insurance and securities companies, Toss says.

“We are building a financial super app fundamentally innovating across every facet of consumer finance," SG Lee, co-founder and CEO of Viva Republica, said in a statement.

Launched in 2015 as a money transfer service, Toss has about 17 million registered users, has processed more than US$10 billion in transactions and has been downloaded 49 million times.

Even though it has yet to begin operating as a digital bank, Toss has already developed about 40 services covering payments, financial dashboard, credit score management and more. It recently acquired a securities brokerage license. Once it can serve as a licensed digital bank, Toss will be able to take deposits and offer loans. That will bring it much closer to being "super."

Toss is betting that its fintech strengths will be sufficient to drive rapid customer acquisition. For now, the company is not pushing other non-financial digital services, such as messaging, e-commerce, gaming, ride-hailing, content streaming - the list goes on.

Toss's super app bid is quite different from its competitor Kakao Bank. Kakao Bank has a more conventional super app strategy, relying to some degree on the stickiness of its ubiquitous (in Korea) messaging app, KakaoTalk, which has about 45 million monthly users. That's 87% of South Korea's population. Kakao Bank currently has 11 million monthly active users, so its potential to scale up remains vast.

As they rapidly grow, both Toss and Kakao Bank will need to prioritize compliance, lest they put customer assets in jeopardy. In August, Korea's Financial Supervisory Service (FSS) audited Toss for the first time. The audit followed an incident in June in which the FSS said that payments on Toss's platform were made with stolen user data. Korean regulators expressed concern about Toss's ability to flag suspicious transactions.

The FSS plans to audit Kakao Bank in the fourth quarter, likely focusing on risk management capabilities, according to The Korea Times.

More in this category: « Kapronasia's Support for Singapore’s Fintechs amid the Covid-19 pandemic Razer eyes global digital banking network »
back to top